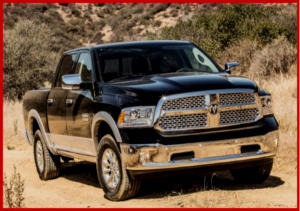 An impressive sales history of Ram pickups and Jeeps could be a huge liability in recalls or compliance matters.

The Securities and Exchange Commission says that Fiat Chrysler Automobiles N.V., now a London-based public company that sells vehicles through its Michigan-based subsidiary, agreed to settle charges that it made misleading disclosures about an internal audit of its diesel emissions control systems.

The SEC’s order found that in February 2016, FCA represented in both a press release and an annual report that it conducted an internal audit which confirmed that FCA’s vehicles complied with environmental regulations concerning emissions.

FCA’s statements did not sufficiently disclose the limited scope of its internal audit, which focused only on finding a specific type of defeat device, or that the audit was not a comprehensive review of FCA’s compliance with U.S. emissions regulations.

The US Department of Justice (DOJ) for the Environmental Protection Agency (EPA) filed in May of 2017 a civil complaint in federal court in Detroit, Michigan, against Fiat Chrysler alleging 104,000 light duty diesel vehicles with 3-liter liter EcoDiesel engines are equipped with software that defeat the emissions controls. The action was wide ranging against FCA US, Fiat Chrysler Automobiles N.V., V.M. Motori S.p.A., and V.M. North America, Inc. (FCA Certifies 2017 Diesels After EPA, CARB Suit)

The complaint back in 2017 alleged that undisclosed software functions caused the vehicles’ emission control systems to perform differently, and less effectively, during certain normal driving conditions than on federal emission tests, resulting in increased emissions of harmful air pollutants. In other words, Volkswagen2 – the American-Italian sequel.

In addition, shortly after time FCA made diesel emission compliance statements in May of 2016, engineers at the U.S. Environmental Protection Agency (EPA) and California Air Resource Board (CARB) had raised concerns to FCA about the emissions systems in certain of its diesel vehicles.

The Clean Air Act requires automakers to obtain a certificate of conformity before selling a vehicle by demonstrating to EPA that the vehicle will meet applicable federal emission standards to control air pollution. Manufacturers must disclose in their certification applications all auxiliary emission control devices – say computer software that affects the performance of emission controls based upon operating parameters of the vehicle – justify the use of any such devices. The paperwork must explain why those that reduce the effectiveness of emission controls are not “defeat devices.” Motor vehicles equipped with defeat devices cannot be certified, of course.

“This case demonstrates the importance of public companies providing accurate and complete information to investors,” said Joel R. Levin, Regional Director of the SEC’s Chicago Regional Office. “At a time of heightened scrutiny of automakers’ regulatory compliance, FCA provided misleading assurances to investors by not disclosing the limitations of its internal audit.”

The SEC’s order found that FCA violated the reporting provisions of the federal securities laws. Without admitting or denying the SEC’s findings, FCA agreed to cease and desist from committing violations of these provisions and to pay a $9.5 million civil penalty.

The SEC’s investigation was conducted by Michelle Muñoz Durk, Christine Jeon, Amy Hartman, and Timothy Tatman of the Chicago Regional Office and supervised by Jeffrey Shank and Daniel Michael of the Complex Financial Instruments Unit. Trial attorneys Robert Moye and Timothy Stockwell assisted with this matter.  The SEC thanks the EPA and CARB for their cooperation and assistance in this matter.

Ken Zino is an auto industry veteran with global experience in print, broadcast and electronic media. He has auto testing, marketing, public relations and communications expertise garnered while working in Asia, Europe and the U.S.
View all posts by Ken Zino →
This entry was posted in electronics, engineering, environment, litigation and tagged auto industry commentary, autoinformed, autoinformed.com, carb, Death of the diesel, dieselgate, epa, Ken Zino, sec. Bookmark the permalink.