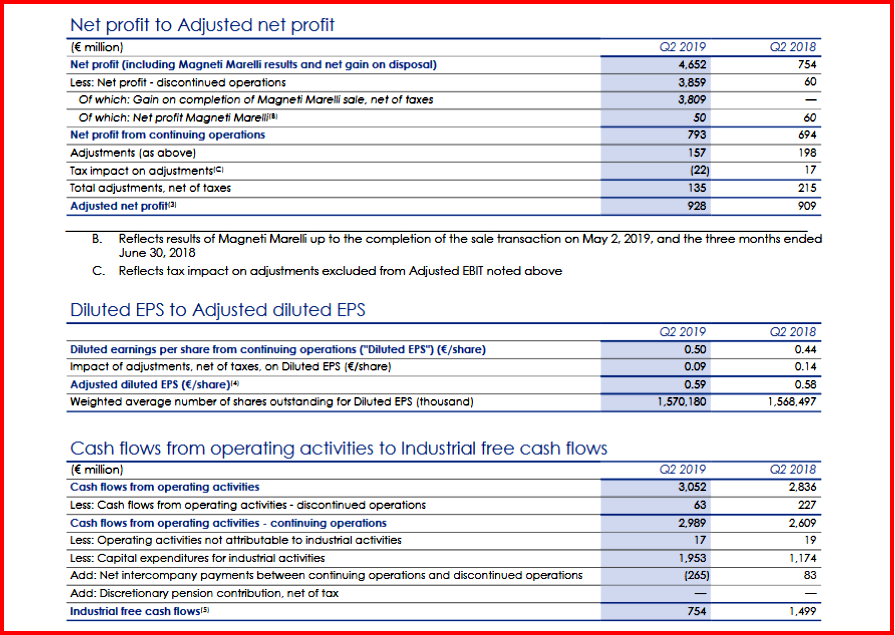 FCA Q2 2019 results continue the weakening trend at the Detroit Three and partially confirming fears of an imminent recession. FCA posted net profit from continuing operations at €0.8 billion. Worldwide combined shipments of 1,157,000 were down -11%. This made for an adjusted net profit of €0.9 billion, and a weak Adjusted EBIT of €1.5 billion, margin at 5.7%, with “significant reductions in dealer stock.” 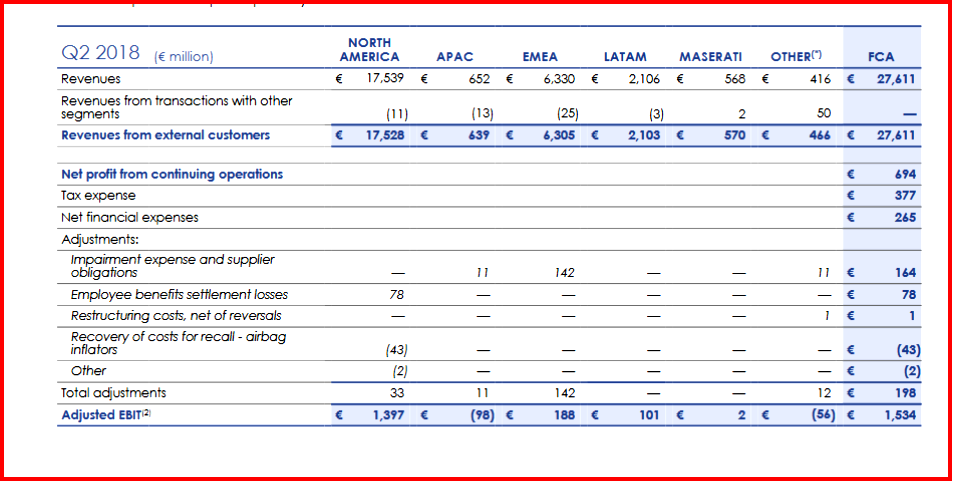 Group Adjusted EBIT in Q2 was flat with prior year. North America achieved record Q2 results despite shipments being down 12%. The successful launch of the all-new Ram heavy-duty pickup, along with the continued success of the all-new and Classic Ram 1500, resulted in a U.S. large pickup market share of 27.9% in Q2, up 7 ppts from last year.

In addition, the all-new Jeep Gladiator pickup launch has production at  full run rate. Although new to the market, the Jeep Gladiator earned a 7.7% share of its U.S. segment in June.

Decent financial results in LATAM came from a strong commercial performance in Brazil where is the market leader.

Industrial free cash flows were OK at €0.8 billion, though this was down- €0.7 billion from prior year due to higher CAPEX and Q2 payments of €0.4 billion related to U.S. diesel emissions law violations accrued for in 2018.

“We have also taken a number of steps to further strengthen our fundamental business performance. Our leadership team was complemented with the addition of two members to our Group Executive Council recruited from outside the company.”

In China, a nightmare for all U.S. automakers courtesy of Trump tariffs, FCAA overhauled the leadership and structure of its joint venture. “We also continue to strengthen business disciplines around our management of costs, inventories, commercial initiatives and product planning processes.”

During the quarter FCA received local community support for the new Mack Avenue assembly plant in Detroit (Michigan) that will produce the next generation Jeep Grand Cherokee and an all-new 3-row full-size Jeep SUV. It also confirmed investment in the Mirafiori plant in Turin (Italy) to produce the all-new battery electric Fiat 500. Enel X and ENGIE joined FCA’s growing network of technology partners.

FCA says during the “second half of the year, we will continue to focus on the under-performing areas of our business, including Maserati, where we’ve reinforced our leadership team (sales and revenues down -40%); and EMEA, … restructuring actions, better management of channel mix, and targeted product strategies.”

FCA “remain confident in our ability to achieve our full-year 2019 guidance.”