FCA US Recalls More Than 107,000 Diesels for Engine Fires

Posted on 9 November 2019 by Kenneth Zino 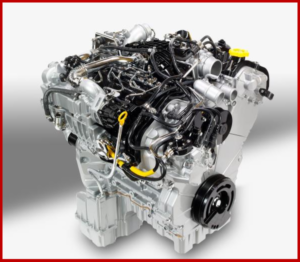 EGR coolers may fail from fatigue.

FCA US is recalling 2014-2019 Ram 1500 EcoDiesel engines because of fires starting in the center of the engine, between the intake manifold and the fuel rail. FCA  has been aware of the problem since last May when its Vehicle Safety and Regulatory Compliance organization opened an investigation into engine compartment fires in Ram 1500 3.0L Eco Diesel trucks.

Thus far no fix is proposed even though the company is aware of four injuries related to the safety defect.

In the required NHTSA filing, FCA says it has identified 61 field reports potentially related to EGR cooler failure. Total EGR cooler warranty replacements are 8,909. FCA’s theory is some of the defective vehicles may have been built with Exhaust Gas Recirculation (EGR) coolers that are “susceptible to thermal fatigue” and cause the cooler to crack internally over time.

“An EGR cooler with an internal crack will introduce pre­heated, vaporized coolant to the EGR system while the engine is running. In certain circumstances, this mixture interacts with other hydrocarbons and air in the system, potentially resulting in combustion within the intake manifold, which may lead to a vehicle fire. A vehicle fire may increase the risk of injury to occupants and persons outside of the vehicle, as well as property damage,”FCA said.