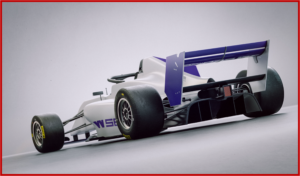 W Series, the all-female championship set to go racing in 2019, has announced a list of 55 drivers who will compete for a place on a grid of 18 when the season kicks off in May next year.

The qualifying drivers have been selected from a pool of more than 100 applicants from 30 countries around the world, including the USA, China and India as well as the UK, Italy, Germany and Scandinavia. (AutoInformed: World’s First Female Formula 1 World Champion?)

“We are thrilled, but perhaps not surprised by the response,” said Catherine Bond Muir, CEO of W Series. “Even today there is a massive gender imbalance in motorsport and W Series is making the first step to correct that. Drivers from all over the world have stepped forward, so it’s clear that with the right framework we can make the changes this sport desperately needs.”

The W Series is a free-to-enter competition has a total prize fund of $1,500,000, with the overall series winner taking $500,000. W Series will also fund travel and subsistence costs, which in theory opens the competition to drivers from all economic backgrounds across the world.

The expectant drivers will now have just two months to prepare for the next step in the selection process – a three-day on-and-off-track trial including fitness tests and psychometric profiling, as well as multiple driving skill tests. Former F1 stars David Coulthard and Alex Wurz will be among the judges, alongside Dave Ryan, W Series Racing Director.

The last woman to start a Formula 1 Grand Prix was Lella Lombardi more than 40 years ago in the 1974 British Grand Prix. The Italian female racing driver followed Maria Teresa de Filippis in 1958. There has never been a female Formula 1 Grand Prix race winner, but Lombardi scored points. She drove both Brabham and March versions of Ford Cosworth powered cars.

Gimmicky or not – and this could work at least as a business – racing remains one of the last sports dominated by men, not only behind the wheel but everywhere you look: in the pit-lane, garage, workshop, laboratory, and on mike. The combination of competitive cross-discipline drivers, fast, identical cars and Grand Prix circuits – to be announced – might provide interesting racing for fans everywhere. A TV contract – vital – so far is lacking.

W Series aims not only to promote female drivers but also to encourage “girls and women” into engineering and science careers and to promote STEM (science, technology, engineering and mathematics) subjects in schools, colleges and universities.

Further details of all qualifying drivers are available on www.wseries.com.