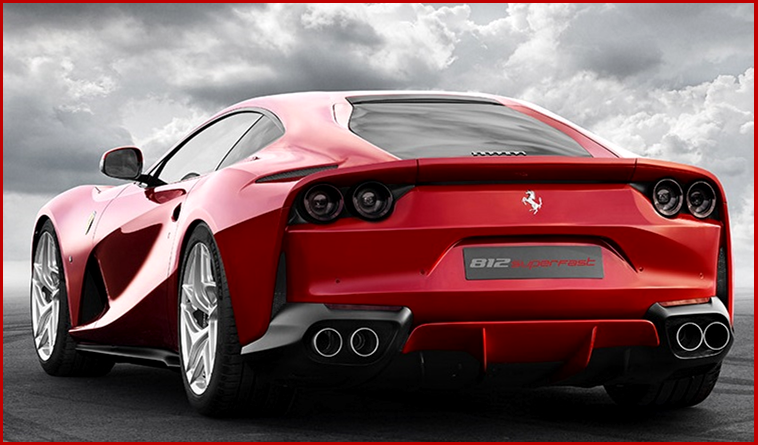 Faster than the glue, so to speak…

Ferrari North America is recalling 1,063 of its 812 Superfast sports car because the rear window can blow out because of defective bonding. The first instance that Ferrari said it is aware of in the required NHTSA filing occurred in Germany on May 11th 2020. Two other cases were reported, and both occurred in Germany on May 21st 2020. No other problems were reported from any other markets. At that point, Ferrari started a probe involving, the supplier of the component – Saint-Gobain Sekurit Italia.

The 812 Superfast is the most powerful and fastest road-going Ferrari ever built (save for the rear-engined special limited-series 12-cylinders). The investigation seems to have run a pace in inverse proportion to the pace of the Superfast. Ferrari continued to investigate the potential causes of this problem for several months to determine a root cause, if any. On September 21st 2020, Ferrari completed the analysis on a sample of vehicles on production and found that the defect was potentially caused by an error in supplier’s production concerning the non-cleaned glass bonding area on bodywork.

Ferrari continued to further analyze the issue on the production line and Ferrari ultimately determined that the problem of the component could entail the full detachment of the rear window from the vehicle, thereby potentially creating a road hazard and increasing the safety-risk of a crash for following traffic. During a meeting of the Ferrari Product Committee held on September 30th, 2020 the decision was to launch a recall campaign worldwide.

Ferrari will notify owners, and dealers will replace the rear window, free of charge as required by U,S, law. The recall is expected to begin December 5, 2020. Owners may contact Ferrari customer service at 1-201-816-2668. Ferrari’s number for this recall is 73. Owners may also contact the National Highway Traffic Safety Administration Vehicle Safety Hotline at 1-888-327-4236 (TTY 1-800-424-9153), or go to www.safercar.gov.