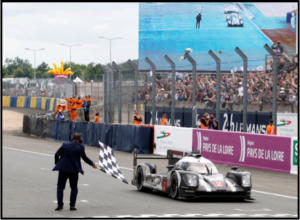 It might be a Toyota-owned track, but the seventh round of the FIA World Endurance Championship, aka WEC, makes its annual trip to Japan for the 6 Hours of Fuji this weekend with two German makers ahead of it. In endurance racing Porsche is holding a commanding LMP1 lead – the fastest, arguably most competitive class – in both the driver’s and manufacturer’s championships. Audi is second, and Toyota is third in the first of the three races that wrap up the 2016 Season.

In the previous two endurance races in Mexico and Texas, all three brands celebrated podium results with their hybrid sports cars. The well informed Japanese audience loves endurance racing and the drivers. There is also great local media interest in the sports car classes that run with the faster LMP1 cars as well.

Fuji International Speedway –  at the foot of an active volcano – is demanding when it comes to setting up endurance racing cars. The weather around Mount Fuji makes for unpredictable conditions. In 2013, rain was so extreme that the race could not be started. On the 1.5-kilometer long straight – second in length only to the infamous Mulsanne Straight at Le Mans – minimum drag is required as the race cars reach speeds of more than 300 km/h.

However, through the 16 corners that are partly very tight on the 4.549-kilometer track, downforce is needed. Aerodynamic modifications are limited in the WEC. Therefore, tuning for the track can be difficult. The competition in the top category of Le Mans prototypes – LMP1 – is tense. A small advantage or disadvantage may decide the overall victory.

Toyota has a strong record on its home ground, having won three consecutive races at Fuji Speedway from 2012-2014. This makes it the team’s most successful circuit on the WEC calendar. After podium finishes in four of the six races so far this season, The Japanese maker is looking to perform well this Sunday.

Although the current WEC series has raced at Fuji since 2012, the circuit is legendary among sports car fans. It held the first 1,000 km of Fuji in 1967. Famous Toyota cars, such as the 2000 GT and Toyota 7, proved their performance by winning there. Fuji is only a few kilometers from the Higashi-Fuji Technical Center, where the 1,000-horsepower Toyota Hybrid System is developed and built.

Toyota says it faces its home race in positive mood, following a podium finish and close fight for victory in the last race on the Circuit of the Americas in Austin, Texas. Stéphane Sarrazin, Mike Conway and Kamui Kobayashi in the #6 TS050 Hybrid were part of a three-way fight for victory that day. They will be looking to reclaim second place in the drivers’ World Championship at Fuji. Anthony Davidson, Sébastien Buemi and Kazuki Nakajima have endured what can be charitably characterized as an unhappy season thus far, but travel to Fuji “aiming to challenge for victory in their #5 TS050 Hybrid.”

The Toyota TS050 Hybrid had a significant change in its powertrain for 2016. A 2.4 liter, twin-turbo, direct injection V6 petrol engine is combined with an 8MJ hybrid system, both of which are developed by Motor Sport Unit Development Division at Higashi-Fuji Technical Centre. The new generation turbo engine with direct injection is better suited to the current regulations which limit fuel flow to the engine.

Audi has a different view than Toyota as the runner-up in the manufacturers’ and drivers’ standings. Audi says it has developed the V6 TDI engine to a new level for the 2016 season because the regulations have further reduced energy consumption. “We’re now using the engine concept for the sixth consecutive year. This shows how good the basic idea still is,” says Ulrich Baretzky, Head of Engine Development at Audi Sport. “Due to efficiency increases, we’re compensating for the lower amount of fuel to some extent.”

The current Audi V6 TDI engine consumes 32.4% less fuel than the first generation from 2011. The progress made in comparison to 2006 is substantial. The current powertrain uses 46.4% less fuel at Le Mans than it did ten years earlier.  However, it achieves lap times that are ten to 15 seconds better than those a decade ago. All this is possible because incremental improvements that have been made, particularly in the areas of aerodynamics, lightweight design and the powertrain. 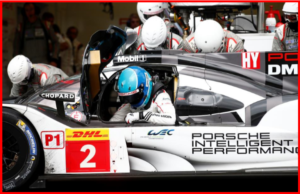 The odds on favorite in AutoInformed’s view is WEC series leading Porsche. After five race wins for the 919 Hybrid – including the Le Mans 24 Hours – Porsche leads, as noted both the driver’s and makers’ championships.

“The competition in LMP1 is breath taking,” said Fritz Enzinger, Vice President LMP1 at Porsche. “At our most recent race in Austin, again all three manufacturers involved made it onto the podium. The general framework, such as changing track temperatures, lead to decisive performance differences. We also face an ever present risk in traffic, when the fast prototypes lap the GT cars. Looking at the points standings, we are on target to defend both our world championship titles. But in a total of 18 hours of racing that remain just everything can happen.”

The Weissach-developed Porsche 919 Hybrid produces a system power of over 900 horsepower (662 kW). Its combustion engine is a compact two-liter V4 turbocharged gasoline engine that drives the rear axle with almost 500 PS (368 kW). Two different energy recovery systems – brake energy from the front and exhaust energy – feed a lithium ion battery that, on command, passes on the energy to power the front axle with an extra boost of over 400 PS (294 kW).

The 6 Hours of Fuji starts on Sunday 16 October at 11:00 local time (04.00 CEST). On its German website, Eurosport will be offering live video streaming of the entire race free of charge and air live coverage of the final stage (08:30–10:15 CEST) on Eurosport 1. Preparations for the race begin on Friday with two 90-minute practice sessions, while the grid order is determined on Saturday with a short qualifying. The race will be held entirely in daylight.