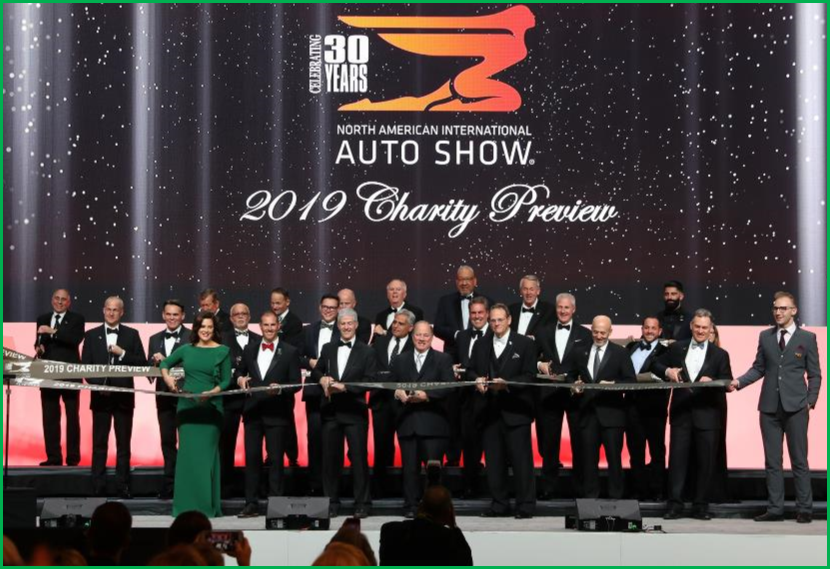 The last Charity Preview During a Detroit January, the North American International Auto Show (NAIAS) tonight marked its 30th anniversary celebration by raising $4,028,800 for children’s charities at a black-tie party. A total of 10,072 people attended and raised a glass to commemorate the end of an era and the dawn of a new day for the NAIAS and the Charity Preview.Now in its 43rd year, Charity Preview has raised over $121,000,000 for southeastern Michigan children’s charities since the Detroit Auto Dealers Association established the event. Sponsored by Axalta Coating Systems for the fourth consecutive year, Charity Preview has evolved into what’s claimed as the largest annual single-night fundraiser in the world.