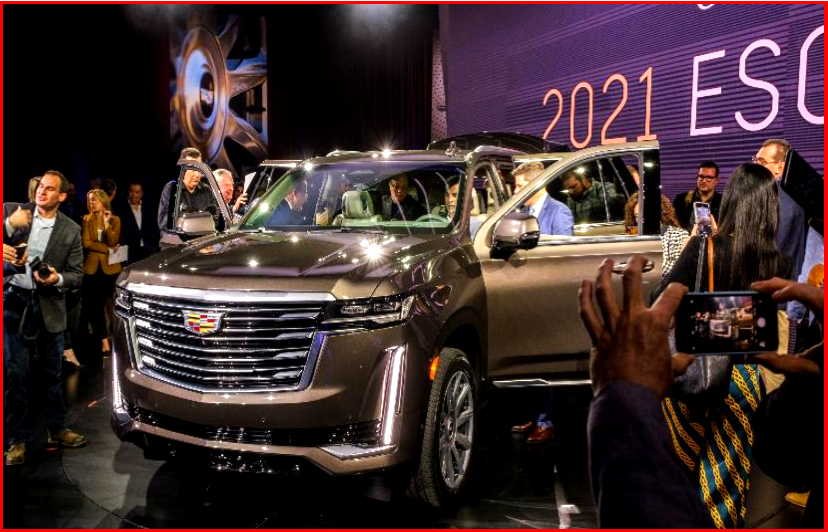 Media look at the 2021 Cadillac Escalade Last Tuesday  in Hollywood, California. The new Escalade has been completely redesigned and is said to have improved driving dynamics and significantly greater passenger and cargo capacities.

Launching in the third quarter this year in North America, the 2021 Escalade built in Texas – as befits its size – has been  redesigned to deliver improved driving dynamics and significantly greater passenger and cargo capacities. 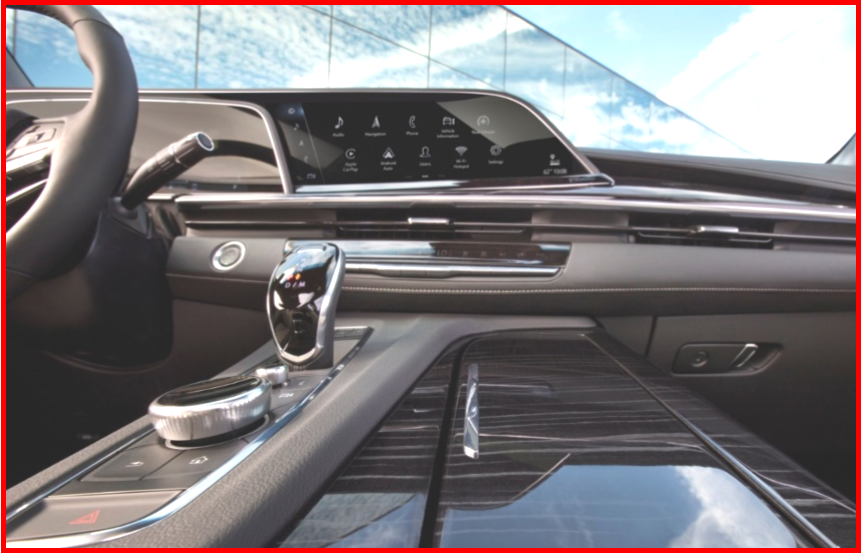 The 2021 Escalade claims the first curved OLED in the industry with more than 38 inches diagonal of display. With twice the pixel density of a 4K television, this  allows perfect blacks and the largest color range available in the automotive industry.

Large increases in passenger and cargo space are due primarily to a longer wheelbase and longer overall vehicle length compared to the previous model, as well as a new independent rear suspension, which enables a lower interior floor. These not only expand the Escalade’s roominess, but improve comfort by allowing easier access to the second and third rows, as well as creating a “more natural seating” position for third-row occupants.

Third-row legroom increases more than 10 inches, giving Escalade one of the roomiest third rows in the segment, while the lower floor and increased vehicle length allow cargo space to expand.

The Escalade has several other advanced, vision-oriented items, including:

The 2021 Escalade hints at automobility as the first full-size SUV with Super Cruise driver assistance technology. It enables hands-free driving on more than 200,000 miles of compatible highways in the United States and Canada, using LiDAR map data, high-precision GPS, a state-of-the-art driver attention system and a network of cameras and radar sensors.

For the first time, the Escalade is also offered with an optional 3.0-liter turbo-diesel engine, which is designed to produce strong torque across the power band for confident performance and trailer capability. In fact, its 460 lb.-ft. (623 Nm) of peak torque matches the 6.2-liter V-8. Both engines come with a 10-speed automatic transmission with electronic shift control. A trailer package is standard on all models.

Escalade’s new multilink independent rear suspension is composed of three lateral arms, a large longitudinal arm, coil springs and a gigantic stabilizer bar, all of which  – it’s claimed “enable the ride sophistication and isolating characteristics typically associated with smaller vehicles but scaled for the superior capability requirements of a full-size luxury SUV.”