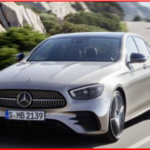 Another giant step on the road to automated vehicles.

With its Geneva Motor Show debut canceled, Mercedes-Benz has released images of its new E-class due to start sales this summer. The long-wheelbase version of the Sedan (China), as well as the Coupé and Cabriolet, will follow soon thereafter. With more than 14 million Saloon and Estate (station wagon) models delivered since 1946, the E-Class is the best-selling model series in the history of Mercedes-Benz.

The tenth generation of the E-Class debuted in 2016 with what were then impressive innovations in the driving assistance systems. It carried on the sales tradition: to date, more than 1.2 million customers around the world have bought a current-generation E-Class Saloon or E-Class Estate. One out of every two E-Class Saloons sold worldwide in 2019 was delivered as a long-wheelbase version in China.

The freshening has exterior and interior tweaks such as full-LED headlamps as standard, redesigned tail lamps, radiator grille and front bumper. Side there are two digital screens as standard (2 x 10.25-inch, bonded), and optional widescreen cockpit with two 12.3-inch displays).

What’s being billed as next-generation driving assistance systems, including: 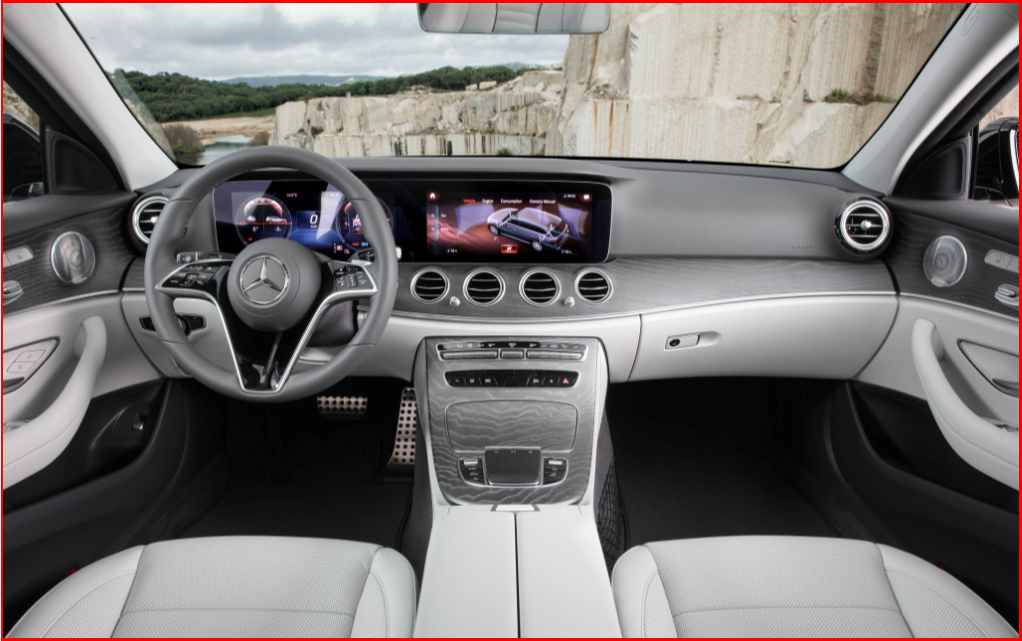 E-Class can react if the driver doesn’t. The hands-off recognition now works on a capacitive basis when driving in semi-automated mode. Because to inform the assistance systems that the driver still has control of the E-Class, it is sufficient for the driver to hold the steering wheel. A steering moment – that is to say a slight steering movement – was previously required as feedback. The new steering wheel has a pad with the appropriate sensors in the rim. These register whether the driver is holding the wheel. If the system detects that the driver does not have their hands on the steering wheel for a certain time, a warning cascade is started, which finally activates Emergency Brake Assist if the driver continues to be inactive.

As standard, the E-Class comes with Active Brake Assist, which in many situations is able to use autonomous braking to prevent a collision or mitigate its severity. The system is also able to brake for stationary vehicles and crossing pedestrians at typical city speeds and even to prevent collisions, depending on the situation. As part of the Driving Assistance Package, this is now also possible when turning off across the oncoming lane.

Some Intelligent Drive functions can optionally be added to the Driving Assistance Package. They include Active Speed Limit Assist, which uses map data and information from Traffic Sign Assist to respond to changes in the speed limit. Route-based speed adjustment ahead of bends, roundabouts, toll stations, T-junctions as well prior to turning off or exiting expressways is also included.

When the driver switches on Active Distance Assist Distronic with route-based speed adjustment, the E-Class is now even able to respond to data from LiveTraffic Information. Ideally, this happens even before the driver or the radar and camera sensors are able to detect a traffic obstruction. When a tailback is detected, the speed is reduced to ~100 km/h as a precaution unless the driver deliberately decides otherwise.

When driving in a tailback on the motorway, Active Stop-and-Go Assist is largely able to perform the tasks of keeping in lane and maintaining the safety distance with a high level of availability at speeds up to around 60 km/h. The vehicle can restart automatically up to one minute after coming to a stop.

On multi-lane roads, Active Steering Assist is able to support the driver with the emergency corridor function, which causes the vehicle to stay off-center in the lane. On motorways, at speeds under 60 km/h, the vehicle refers to detected lane markings and applies swarm intelligence to take its bearings from vehicles in the surrounding area. If none are detected, the E-Class takes its bearings from the vehicle ahead as before.

There are now seven plug-in hybrids – sedans and wagons – gasoline and diesel, with rear-wheel or all-wheel drive. Electrified models for the first time will come to the US market.