More Flood Cars Back in Use – Buyer Beware 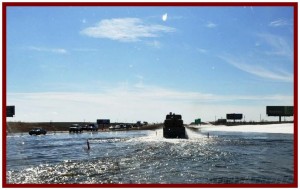 Hundreds of thousands flood cars are on the road or up for sale around the country right now, according to new research from Carfax.

The data suggest that more than 271,000 cars reported as flood damaged by a state’s Department of Motor Vehicles and insurance companies are back in use. It’s a nearly 30% increase from 2013. 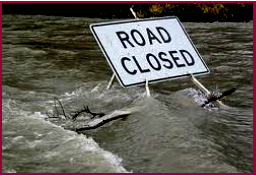 It’s big business for professional con men to quickly clean up and resell these cars miles from where the flooding occurred.

“Flood cars are a buyer’s worst nightmare,” said Larry Gamache, communications director at Carfax. “They’re ticking time bombs because when you least expect it, the electrical, mechanical or safety systems on these cars will fail, often without warning. Consumers everywhere need to be vigilant about checking a vehicle’s history for flood damage and getting a pre-purchase inspection to avoid buying cars that rot from the inside out.”

Increasingly powerful storms and historic flooding in major areas are creating more opportunities for crooks to clean up and resell flooded vehicles. It takes only hours to restore flood cars cosmetically, at a minimal cost to the criminals. As a service to consumers, Carfax lets you check for flood damage free of charge at carfax.com/flood.

While flood cars hare in every state, these states have the most: