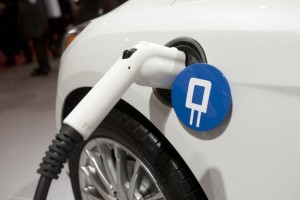 The EPA-approved Focus Electric label certifies that the car has a range of 76 miles on a single charge compared with the 73-mile range of the Leaf.

The California Environmental Protection Agency’s Air Resources Board (CARB) has dictated that owners of the new 2012 Ford Focus Electric can drive in high-occupancy vehicle (HOV) lanes. Owners also will be able to receive up to $10,000 in tax credits between the state’s new $2,500 rebate and a $7,500 federal tax incentive – both funded by taxpayers at a time of soaring deficits.

These subsidies appear to be critical for sales of the Focus Electric. Without them, the car lists starting at $39,995. This means a typical payment to buy the compact car – with $4,000 down for 48 months – is almost $800 per month at Ford’s 7% interest rate. The gasoline fueled Focus starts at just over $17,000. Critics call this socialism for the rich.

Focus Electric is now claimed to be the U.S.’s most fuel-efficient five-seater with a 110-MPGe city fuel-economy rating, using the new ‘green math.” More power, passenger room and standard features, as well as half the charge time of Nissan Leaf are also claimed.

The advantages appear slight. The EPA-approved Focus Electric label certifies that the car has a range of 76 miles on a single charge compared with the 73-mile range of the Leaf. The average California driver clocks 29 miles a day, according to the Bureau of Transportation Statistics website.

The approved EPA label also will say customers could save $9,700 in fuel costs over the course of five years compared with the average new vehicle. Your mileage may vary.

The Focus Electric is a conventional EV, at least as far as they exist right now. The Magna conversion removes the powertrain and substitutes a 23 KwH lithium ion battery pack (~$20,000), a single speed transmission and a 92-kW electric motor. The battery pack uses liquid cooling to help increase life. Top speed is limited to 84 mph, and typical range is said to be 50-80 miles, a claim I have not tested, although this is consistent the Nissan Leaf models that I have driven.

The Focus Electric’s battery can be recharged in just over three hours using an optional 240-volt charging station (~$2,000 depending on local building codes and electric service). This is about half the charging time of the 2012 Nissan Leaf, which year-to-date has tallied sales of roughly 1,154 units. Drivers also can top off the battery if they have 8-12 hours using any standard 120-volt outlet with the included charging cord. (See also $10,000 Solar Panel Option Coming for Focus Electric Vehicle. Ford is using the new “Green Math” to Calculate Benefits)

The Chevrolet Volt (and other hybrids) has a significant advantage over such pure EVs, since Volt’s onboard gasoline engine can keep it going for 300 miles after the battery dies after 50 miles or so. The Volt, 1,626 sold ytd, is also dependent on Korean battery technology that has been subsidized by U.S. taxpayers. (See General Motors Licenses Argonne Developed Battery Technology. Taxpayers Are Also Subsidizing the Koreans!).