Ford and GM to Develop 9- and 10-Speed Automatic Transmissions 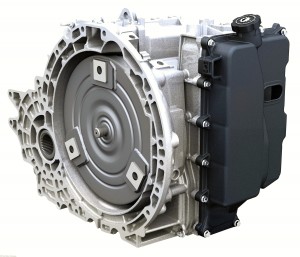 Ford Motor Company and General Motors Corporation have signed an agreement whereby both companies will jointly develop an all-new generation of 9- and 10-speed automatic transmissions for cars, crossovers, SUVs and trucks. The new transmissions, to be built in both front- and rear-wheel-drive versions, will improve vehicle performance and increase fuel economy.

In a joint statement the Number One and Number Two Detroit automakers said the deal enables them to design, develop, engineer, test and deliver new transmissions for their vehicles faster and at lower cost than if each company worked independently. Fiat-controlled Chrysler is already selling 8 -speed automatic transmissions in the U.S. and will introduced a 9-speed in the upcoming Jeep Cherokee this fall.

“Engineering teams from GM and Ford have already started initial design work on these new transmissions,” said Jim Lanzon, GM vice president of global transmission engineering. “We expect these new transmissions to raise the standard of technology, performance and quality for our customers while helping drive fuel economy improvements into both companies’ future product portfolios.”

The latest agreement follows on one that saw the manufacturing of more than 8 million 6-speed front-wheel-drive transmissions to customers around the globe. That original collaboration served as a template for the new one. As before, each company will manufacture its own transmissions in its own plants with many common components. The goal is to keep hardware identical in the Ford and GM transmissions. This will maximize parts commonality and give both companies economy of scale

Ford installs these six-speed transmissions in the Fusion family sedan, the Ford Edge crossover and Ford Escape and Explorer SUVs. GM installs them in the Chevrolet Malibu, Chevrolet Traverse, Chevrolet Equinox and Chevrolet Cruze, among other models.