Ford to Bring Back Ranger Pickup to North America 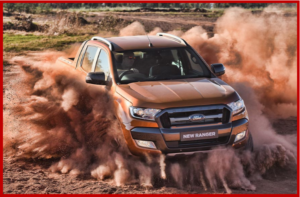 Ford is bringing back the Ranger midsize pickup truck to its North American vehicle lineup in 2019 and a Bronco midsize SUV to its global vehicle portfolio in 2020. Both vehicles will be manufactured at Ford’s Michigan Assembly Plant in Wayne, Michigan.

The European-market Ford Ranger – a long time and extremely successful joint venture with Mazda, is the base platform for the U.S. Ranger coming in 2019 as a 2020 model. No further technical details were revealed. How this all sorts out in the global business of crossholdings remains to be seen. (Next Mazda B-Series Pickup to be Built by Isuzu, Milestones – Ford Twin Cities Plant in Minnesota, New Colorado ZR2 – an Off-Road Performance Pickup)

Ford Motor, of course, once dominated the compact pickup truck market in the U.S. until years of product neglect combined with an assault by Toyota and Nissan pushed it to a footnote in the segment. Ranger was on the list of Top Ten sellers in the U.S. and produced in two plants here. This first forced the closing of Ford’s Edison, New Jersey plant. The remaining plant in Minnesota did not survive the Ford UAW contract in 2011. It was and remains a stunning amount of business to cede to the competition. Ford executives had maintained for years that the super-sized F-Series pickup was all it needed in the U.S. market.

“We’ve heard our customers loud and clear. They want a new generation of vehicles that are incredibly capable yet fun to drive,” claimed – however belatedly – Joe Hinrichs, Ford’s president of The Americas. “Ranger is for truck buyers who want an affordable, functional, rugged and maneuverable pickup that’s Built Ford Tough. Bronco will be a no-compromise midsize 4×4 utility for thrill seekers who want to venture way beyond the city.”