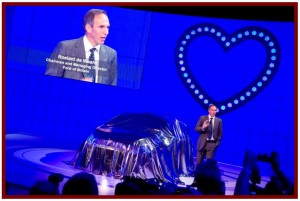 Ford Europe lost $149 million in Q1, a breathtaking -$449 million swing compared to 2011. Q2 results in Europe will be ugly for all of the Detroit Three, reflecting much weaker demand for autos.

Ford Europe sales in June dropped 16.1% to 100,400 units, with a declining market share of 7%, as the Eurozone crisis continues unabated. In a statement Ford said that it would not match “heavy competitive discounting” at its already loss making European operations.

In total, auto industry sales in Western Europe are at their lowest level since 1994. As a result, in spite of expensive new product launches, Ford sales in its traditional 19 western European markets declined 10% to 617,600 new vehicles in the first half of 2012. In Ford’s total 51 markets in the European region, the sales volume was 759,800 vehicles, down 8.9 % compared to the first half 2011. Ford is in the process of rolling out an all-new B-MAX, a new Fiesta and the new Transit Custom in a tough economy.

The problem facing Ford – and General Motors and Fiat-owned Chrysler – remains the Eurozone crisis, which has both personal and commercial vehicle sales plummeting. In the case of cars, the EU is tracking a fifth straight year of sales declines, with no end in sight.

Yesterday, General Motors replaced the head of GM Europe after he was only in the position for six months as losses mounted with no apparent way to stop the flow of red ink. GME lost $300 million in Q1; Ford Europe lost $149 million, a breathtaking -$449 million swing compared to 2011. Q2 results in Europe will be ugly for all of the Detroit Three, reflecting much weaker demand for autos.

The only bright spots for Ford were the United Kingdom, Eastern Europe and Russia, which is not part of the EU of course. Sales in the UK increased by 1% in the first half of 2012, with the Blue Oval remaining the UK’s top-selling car brand.  Ford sales in Russia increased by 18% year-to-date, with market share rising to 4.3 per cent. In Eastern Europe, Ford’s sales were up 14.7% year-to-date