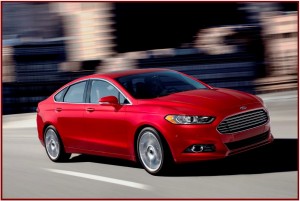 Well, the bad old auto company practice of trying to put a “fence” around a recall – the smaller and cheaper the better – is well entrenched. The latest Ford Fusion and Lincoln MKZ seat-belt recall appears to be a good example, although the ongoing tardiness of NHTSA in posting relevant documents is also in play here.

Ford has conducted previous safety defect recalls for the same life-threatening design problem. NHTSA Campaign ID 16V875000 on Dec. 5, 2016, Ford said it would notify owners, and dealers would apply a protective coating to the seat belt cable, free of charge. The recall began May 16, 2017. Ford in the required NHTSA filing said, “In some of the affected vehicles, the driver and passenger front seat-belt pretensioner cables may separate during a deployment and may not adequately restrain the occupant in a crash, increasing the risk of injury.”

Today’s recall adds additional vehicles to the original population identified in safety recall 16S42. Ford now says it is aware of one report of injury related to this safety defect. This action affects 103,374 vehicles in the United States and federal territories, 4,002 in Canada and 1,023 in Mexico.