Ford Going back to Le Mans with Four GT Cars 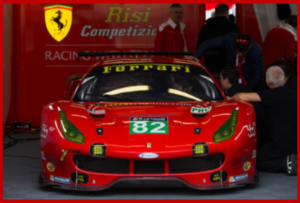 The French endurance classic – arguably the world’s most famous sports car endurance race – on the Circuit de la Sarthe will be held on June 17-18, 2017.

Ganassi Racing returns to France with a four-car effort in GTE Pro. The #68 car returns with the same lineup that won last year, with Joey Hand, Dirk Muller and Sebastien Bourdais sharing the wheel. The other Ganassi WeatherTech Championship  entry will use #69 for Le Mans, driven by Ryan Briscoe, Richard Westbrook and Scott Dixon. The Ford lineup will be rounded out by a pair of full season FIA World Endurance Championship entries.

“When we came to Le Mans last year there was a lot of pressure on the team to deliver a win to commemorate the Ford GT40 1-2-3 finish in 1966,” said Raj Nair, executive vice president of Global Product Development and chief technical officer, Ford Motor Company. “It was fantastic to win but we will not rest on our laurels. We return to Le Mans in June with another year of experience racing the Ford GT behind us, seven wins including the 2016 Le Mans 24 Hours and the 2017 Rolex 24 At Daytona, and we can’t wait to compete again at this incredible event.”

In total, seven full-time IMSA race cars will compete in GTE Pro. Corvette Racing – winner in 2015 – returns with two cars, the #63 and #64. Driver lineups will come later. Also returning is last year’s runner up at Le Mans, the #82 Ferrari 488 GTE of Risi Competizione.

In LM P2, Keating Motorsports has #43 Gibson-powered Riley MK30. While the full driver lineup has not been announced, Ben Keating, driver of the #33 Riley Motorsports Team AMG Mercedes-AMG GT3 in the WeatherTech Championship, will lead the team to Le Mans.

Two cars will be fielded in GTE Am by defending IMSA GT Daytona champions Scuderia Corsa: #62 and #65 Ferrari 488 GTEs. Full lineups for the pair of cars have not been announced either, but Christina Nielsen and Cooper MacNeil are on the initial entry list as designated drivers.