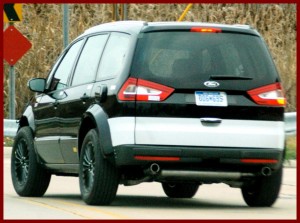 Could Ford Motor be serious, it hasn’t been a factor in the shrinking minivan segment for a long time.

While the minivan market is shrinking, Ford Motor in Dearborn is apparently testing a European Galaxy minivan for possible U.S. consumption as these Jim Dunne spy shots reveal. Ford has been out of the minivan market since the Freestar, previously Windstar, lapsed into well deserved oblivion in 2007 as the Chrysler Town & Country and Dodge Caravan, as well as the Toyota Sienna and Honda Odyssey mom-mobiles made it a mere footnote in sales results, and a small one at that.

With Chrysler apparently getting ready to abandon the segment, Ford might see an opportunity to bring the Mondeo-derived Galaxy – last updated in 2010 – stateside when it is refreshed. At least that is what Dunne thinks because of his spy shots of a heavily camouflaged mule that does at least have the last Ford fish-snout grille opening underneath. 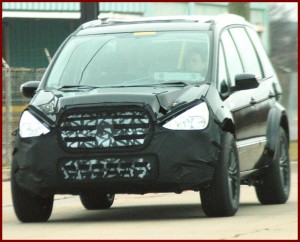 There is a placeholder for a current U.S. grille.

Dunne claims that Galaxy’s styling will be revised dramatically within two years. Moreover, a more powerful engine will be installed, probably a turbocharged 4-cylinder, see the dual exhaust, or possibly a small V6?

Well maybe, Jim, but the Galaxy already has turbocharged engines – both gasoline and diesel in Europe and such an exhaust. The existing Galaxy even has 17- and 18-inch alloy wheels so speculation that this is a more robust chassis, one capable of handling the higher power of new engines, is, well, speculation.

We say a three-row crossover SUV based on a stretched Mondeo platform is more likely, especially since when Genk closes Galaxy is temporarily an orphan. (Read AutoInformed on Ford to Shut Genk as part of latest European Turnaround Plan)