Posted on 8 January 2020 by Kenneth Zino 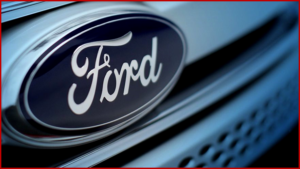 The board of directors of Ford Motor Company today declared a first-quarter regular dividend of 15 cents per share on the company’s outstanding Class B and common stock.  (Ford Motor US Sales Down in -3% 2019 as War Worries Increase)

The amount is equal to regular dividends paid by the company each quarter since 2016. The first quarter dividend is payable on March 2 to shareholders of record at the close of business on Jan. 30.

Ford Motor reported on Monday that US vehicle sales declined during 2019 to 2.4 million or a drop of -3%. The middling performance in a strong market came as Tesla’s market valuation reached twice that of Ford Motor due to increasing sales.

Ford skipped the usual sales press conference but, in a release, touted that F-Series achieved its 43rd straight year as America’s best-selling pickup, while Ranger finished its best sales quarter since its reintroduction in early 2019. Combined sales of F-Series and Ranger totaled almost 1 million pickups at 986,097 vehicles for the year – an increase of 8.4%. Ranger Q4 sales hit 33,059 pickups for the quarter, totaling 89,571 for the year.

However, that strong performance – now threatened by rising gas prices as the result of expanding hostilities in the Mid-East, was not enough to offset breathtaking declines in car segments (-28%  at 486,000) that continue to be dominated by Japanese and Korean automaking conglomerates that are now rapidly expanding into truck and SUV segments. The other domestic makes GM and FCA also saw similar declines of ~3% as the U.S. market looks to be headed for more declines.

Ken Zino is an auto industry veteran with global experience in print, broadcast and electronic media. He has auto testing, marketing, public relations and communications expertise garnered while working in Asia, Europe and the U.S.
View all posts by Kenneth Zino →
This entry was posted in financial results and tagged auto industry commentary, autoinformed.com, Ford Motor Company, Kenneth Zino. Bookmark the permalink.