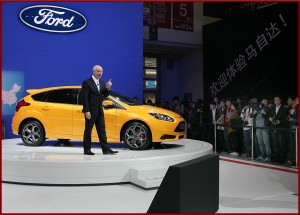 Affected vehicles did not receive the intended 18S32 calibration software that will detect a malfunctioning canister purge valve. When the canister purge valve is stuck open in these vehicles, an excessive vacuum can develop in the fuel vapor management system, potentially deforming the fuel tank.

Ford said is not aware of any reports of accident or injury related to this safety defect.

Vehicles that have not yet had safety recall 18S32 service performed are not affected by this action and will receive updated software when they are serviced under the existing 18S32 program.

Dealers will reprogram the powertrain control module in tdefective vehicles with the appropriate software calibration and replace the canister purge valve, as necessary.

If the canister purge valve is replaced, dealers will inspect and replace the carbon canister, fuel tank and fuel delivery module, as necessary. Owners are advised to maintain at least a half tank of fuel until their vehicle is serviced for this safety defect. The Ford reference number for this recall is 19S22.