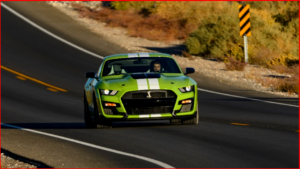 Mustang sold 102,090 units, according to the most recent new vehicle registration data from IHS Markit, making it the best-selling sports car in the world in 2019. During this period, Mustang sales in Germany increased 33%, in Poland sales rose by nearly 50%, and in France, they nearly doubled from laughably small bases.

The year 2019 also marks the fifth consecutive year that Mustang was the best-selling sports coupe in the world. Sports coupes, as defined by IHS Markit, include two-door and convertible models.