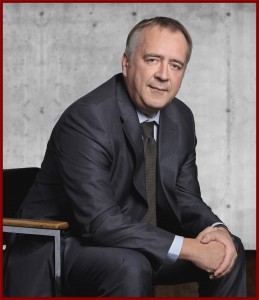 Herrmann is well known for his work on the Ford Focus, going back to 1998.

Herrmann, a no nonsense, but affable engineer, also joins Ford of Europe’s management board and Ford of Germany’s supervisory board at a difficult time in Western Europe because of the ongoing Eurozone crisis that has Ford posting huge losses.

In recent years, Ford’s quality in Europe – as in the U.S. – has been spotty with no clear industry advantages and the disastrous My Ford Touch a decided negative, according to independent surveys.

Herrmann was previously vehicle line director, Global C-Segment Vehicles, Ford Product Development, a position he has held since 2002. In this capacity, he was responsible for developing 10 vehicles from the single C-segment platform with global, total annual production exceeding two million units.

Herrmann is well known for his work on the Ford Focus, and has been a key member of the Focus development team since it was formed prior to the launch of the original Focus in 1998.
Born in Leverkusen, Germany, Herrmann graduated in automotive engineering from the University of Hamburg. He also holds a Master of Science degree in advanced automotive engineering from the University of Loughborough in the UK.

In 1986, Herrmann joined Ford, working first in body engineering at Ford’s Merkenich engineering centre in Germany. After working in the United States, he returned to Germany in 1994 to become the supervisor for the Body Engineering Development for the original Ford Focus, a role he held until early 1997. He subsequently became manager for Quality and In-cycle Action for C-segment vehicle production at Ford’s Saarlouis Plant in Germany.

In 1998, he was given responsibility for production quality in all of Ford’s European manufacturing facilities, before becoming chief engineer for the development of the original Ford C-MAX the following year. From 2001 to 2002, he was chief engineer for the entire Ford C-Car range, and in June 2002, he took up his assignment as vehicle line director, Global C-Segment Vehicles.

Herrmann lives in his native city of Leverkusen, across the Rhine River from Ford’s Cologne-Niehl headquarters and manufacturing center.  He is married with two children.