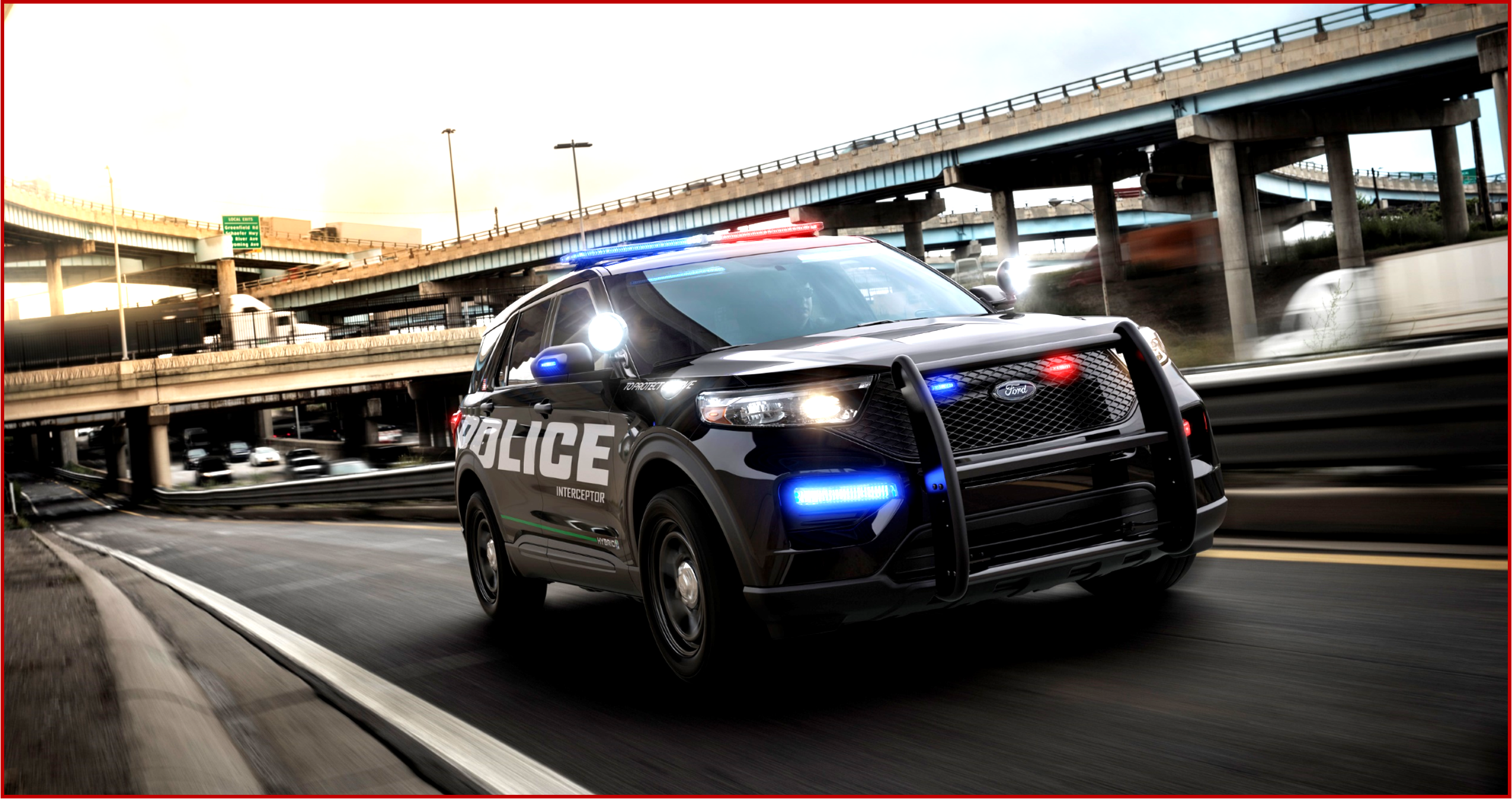 As of last year, the Explorer Police Interceptor accounted for nearly two-thirds of police sales in the U.S. The limousine business also abandoned when Ford killed the Lincoln Town car is another losing matter with no redemption in sight.

After a bonehead decision by management to abandon the police car business in 2011 by killing the Crown Victoria, Ford has clawed its way back into leading the segment. Ford says it has found the strategy to continue courting the enforcement community – better-performing vehicles that keep officers safer and save departments and taxpayers money. It’s hardly a new concept that good product sells, but in tan industry that seems to need constant reminders that mass production and big sales is the result of mass appeal. This, of course, fits Ford Motor to the T, so to speak.

Hybrid technology is ideal for law enforcement, urbanites – and taxpayers – because of the potential for significant idle-time fuel and cost savings. When police vehicles are stationary, a conventional gasoline engine must run continuously to power emergency lighting, radios, computers and other on-board electrical equipment. The Police Interceptor Hybrid’s powertrain allows the engine to shut off for extended periods, powering the electrical equipment via its lithium-ion battery, providing significant reductions in fuel usage and CO2 emissions.

The 2020 model has a projected EPA-estimated rating of 24 mpg combined, a 41% improvement over the current Police Interceptor Utility equipped with a 3.7-liter gas engine.

The Police Interceptor Utility platform was engineered around its lithium-ion battery, which does not intrude into the cargo area, meaning there are no tradeoffs in passenger volume, cargo volume behind the first row, cargo volume behind the second row or total interior volume – in fact, most of these measurements improve compared to the current vehicle.

The factory-installed Police Perimeter Alert uses sensors to monitor an approximately 270-degree area around the vehicle. It analyzes nearby movement to detect potentially threatening behavior. When such motion is detected, the system automatically turns on the rear camera, sounds a chime, rolls up the windows and locks the doors. Motion trails of the detected threat appear on the digital instrument cluster, so officers can monitor.

Additional optional equipment includes Rear Camera On-Demand, which allows officers to view behind the vehicle at the touch of a button, and a variety of factory-installed and factory-sealed wiring and lighting packages that offer agencies turnkey solutions.

Police Interceptor Utility is tested for enhanced police durability, including improved cooling, specially tuned braking system, front-door tethers, and police-specific steel wheels, tires and hubcaps that are designed to withstand the rigors of a chase. The vehicle is also tested for eight-inch curb impact, median crossing and 30-mph railroad crossing validation, and water fording to 18 inches at 15 mph and 10 inches at 40 mph.

The popularity of Ford police vehicles continues a history that spans nearly seven decades. In that time, Ford has outfitted law enforcement with purpose-built vehicles based on some of its most popular nameplates.

In 1950, Ford became the first manufacturer to offer a police package vehicle, focusing then – as it does now – on safety, durability, performance and the attributes of being purpose-built and upfit-friendly. The Interceptor name debuted on the optional 110-horsepower flathead V8 engine for 1951.

By 1961, 58% of police vehicles in use in the 50 largest U.S. cities were Ford models. An emphasis on delivering total performance – including driving dynamics such as acceleration, braking and cornering – continued throughout the 1960s.

The Crown Victoria name was given to the Police Interceptor in 1983. Its optional police package had an optional 351-cubic-inch 5.8-liter high-output V8 that helped make it the preferred choice of municipalities across North America for decades.