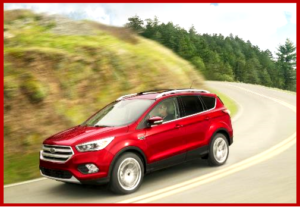 Ford Motor Company is recalling 2018 Ford Escape vehicles because the side-curtain air bags on these vehicles have a component that may detach during deployment of the inflatable curtain air bag. Owners are given no warning about the shrapnel that results, increasing the risk of injury. This of course is like the ongoing Takata airbag shrapnel recall.

On 28 November 2017, Autoliv told Ford of an “inflator test anomaly” that occurred during a so-called lot acceptance test. Autoliv said that the stated that the potential root cause was attributed to improper metal forming of an unidentified sub-supplier’s “top hat diffuser.”

Ford claimed it is not aware of any accidents or injuries associated with this issue. Affected vehicles include 2018 Ford Escape vehicles built at Louisville Assembly Plant, Nov. 13, 2017 to Nov. 29, 2017. The recall involves approximately 10,610 vehicles in North America with 10,157 in the U.S. and federalized territories and 453 in Canada.

Ford will notify owners, and dealers will replace the driver and passenger side curtain air bags, as necessary, free of charge.as is required by U.S. law.

Ken Zino is an auto industry veteran with global experience in print, broadcast and electronic media. He has auto testing, marketing, public relations and communications expertise garnered while working in Asia, Europe and the U.S.
View all posts by Ken Zino →
This entry was posted in quality, recalls and tagged autoinformed.com, Autoliv air bag shrapnel, Ken Zino, nhtsa. Bookmark the permalink.