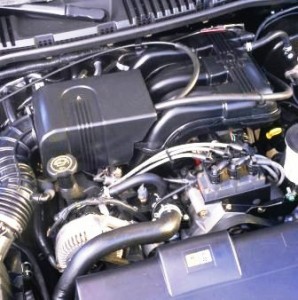 The industry has a renewed interest in promptly recalling defects instead of ignoring them or using loopholes exposed at the Toyota hearings.

Ford Motor Company in the U.S. is recalling thousands of 2011 F-150, F-250, F-350, F-450, F-550, Edge and Lincoln MKX vehicles for fires. A Mexican-built control computer from Lear Corporation can burst into flames without warning. At least two of the recalled Ford vehicles have erupted into flames so far.

Ford did not issue a news release about its latest safety defect in what likely will be a partially failed attempt to minimize negative publicity about fire and quality problems.

The Ford recall timing also raises questions about whether Ford was forthcoming about the fire problem or manipulated the news cycle for minimum coverage well after Ford and Lear were aware of the safety defect.

This latest Ford fire safety recall was ultimately disclosed because of a legally required filing to the National Highway Traffic Safety Administration. It is eerily similar to another fire safety issue that Ford successfully thwarted NHTSA on for a decade.

However, the previous Ford fire problem was well before U.S. Congressional hearings on Toyota’s unintended acceleration and floor map entrapment defects and resulting deaths and injuries shed an embarrassing light on NHTSA’s lax safety regulatory policies. At the time of the Toyota hearings critics called NHTSA, with now apparent justification, a “lap dog” of the auto industry.

These charges were based on NHTSA’s Toyota inactions, including the hiring of former Toyota employees, who then limited NHTSA’s delving into Toyota’s safety problems from what ultimately became well publicized quality and safety disaster.

There are now three record-level fines against Toyota from NHTSA – post its public pillorying at the Congressional hearings – for violating U.S. safety regulations.

Not surprisingly, post Toyota, the auto industry has also displayed a new found interest in promptly recalling safety related defects instead of stonewalling them or using the myriad regulatory quirks that critics exposed at the hearings. (See Toyota Motor Fined Another $32.425 Million for Safety Defects)

The earlier Ford fire recall in question is the longest running safety recall in NHTSA history. And it is certainly the largest since October 2009 – as the Toyota acceleration issue was becoming apparent – when Ford recalled an additional 4,500,000 vehicles Windstar, Excursion, F-Super Duty, Econoline, Explorer, Mercury Mountaineer, Ranger and F53 vehicles equipped with the clearly defective Texas Instruments speed control deactivation switch (SCDS). Previously Ford had recalled a much smaller number or self-igniting vehicles, with NHTSA’s acquiescence.

The fact is that the so-called SCDS may leak, overheat, smoke, and/or burn. Ford engineers did not put a fuse in the circuit, contrary to common industry practice, meaning that full battery amperage was applied when the TI module failed and then caused the unexpected fires.

Critics maintain that Ford was reluctant to deal with the issue due to the large number of vehicles involved. All told, Ford has now recalled more than 14,000,000 vehicles for the fire problem in the U.S. alone, a record for any single safety defect.