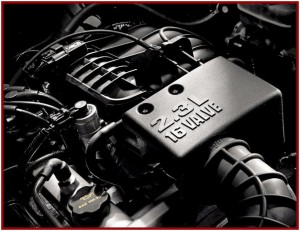 The Ranger engine cover can rub through the fuel line, causing gasoline leaks.

Ford Motor Company is recalling 2010 model Ranger pickup trucks because an engine fuel line can chafe and leak. Ford has told dealers to stop the sale of the affected Ranger models until they are repaired.

According to documents filed with the National Highway Traffic Safety Administration (NHTSA), a fuel line connecting to the throttle body was not properly installed on Ranger pickups with 2.3-liter engines built at the Twin Cities Assembly Plant in Minnesota  (TCAP) from October 15, 2009, through May 19, 2010.

Ford told NHTSA that it is not aware of any fires as a result of this safety defect.

This latest Ford recall is the fifth of 2011 according to a Ford spokesperson, and thus far more than half of the nine safety recalls Ford had in 2010.

Ranger owners will be told to take their vehicles to a Ford or Lincoln/Mercury dealer so that technicians can trim the throttle body shield, inspect the fuel line for damage, and replace the line if necessary. Mailing of owner notification letters will start during the week of March 7, 2011.