Posted on 1 October 2019 by Kenneth Zino 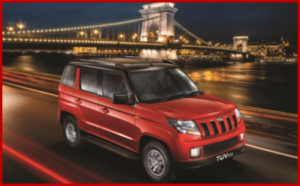 Exports are ~7% of Mahindra’s auto business revenues. Its products are exported to South Africa, Nepal, Bangladesh, Sri Lanka and Chile, and other areas.

Mahindra & Mahindra Limited and Ford Motor Company have signed an agreement to create a joint venture that will develop, market and distribute Ford brand vehicles in India and Ford brand and Mahindra brand vehicles in high-growth emerging markets around the world. It’s the latest step in Ford’s sweeping reorganization and a retreat of sorts from Ford’s global position as a leading automaker. (Mahindra, Ford to Study Links in India, Emerging Markets)

Mahindra owns a 51% controlling stake and Ford will transfer its India operations to the joint venture, including its personnel and assembly plants in Chennai and Sanand. Ford will retain the Ford engine plant operations in Sanand as well as the Global Business Services unit, Ford Credit and Ford Smart Mobility. The move comes after Ford’s credit by the rating agencies earned “junk” status. Ford was among the first global automakers to enter India in 1995. (August Global Light Vehicle Sales Drop -3.9%)

Ford and Mahindra announced an alliance in September 2017, and it is expected to be operational by mid-2020, subject to regulatory approvals. The joint venture will be operationally managed by Mahindra, and its governance will be composed of representatives of Mahindra and Ford.

The joint venture will be responsible for expanding the Ford brand in India and exporting its products to Ford entities globally. Ford will continue to own the Ford brand, and its branded vehicles will be distributed through the current Ford India dealer network. Mahindra will continue to own the Mahindra brand and operate its own independent dealer network in India.

The joint venture expects to introduce three new utility vehicles under the Ford brand, beginning with a new mid-size sports utility vehicle that will have a common Mahindra product platform and powertrain. Another area of focus for the joint venture will be electric vehicles. Ford and Mahindra will collaborate to develop vehicles for  emerging markets.

Once known for its absence from the Indian market, Korean Kia said in 2017 that it would invest US$1.1 billion in a manufacturing plant in Andhra Pradesh. Ford of course sold its stake in Kia decades ago. Kia’s first model, the Seltos SUV, finally made its Indian market debut in August this year. “By offering a vehicle with an impressive list of features, at the very competitive price of US $13,000-22,000, Kia was able to generate offers to the tune of 35,000 at a time when even the highest-selling models have seen sales plunge from a year ago,” said consultancy LMC.

“With 18 variants and six powertrain options, Seltos buyers are spoilt for choice. The model also has the distinct advantage of being BS-VI compliant from the outset, while its rivals will have to play catch-up by upgrading their engines to meet the stricter emissions norms before the April 2020 deadline,” said LMC.

The usual corporate boilerplate was part of the Ford release: “Driving greater economies of scale across the automotive value chain including sourcing, product development and access to relevant technologies, the joint venture is expected to achieve enhanced efficiencies to strengthen the Ford brand in India,” it said. “In addition, the joint venture will be a catalyst for growth for the Ford and Mahindra brands in emerging markets, which are growing at double the rate of the global industry.”

The joint venture will use the Ford brand distribution network in emerging markets to extend support for export of Mahindra products, in addition to Ford branded vehicles. Exports today comprise ~7% of Mahindra’s auto business revenues and its products are exported to South Africa, Nepal, Bangladesh, Sri Lanka and Chile, among other nations and areas.

Ford’s newly established International Markets Group (IMG) business unit will play a role in the process. IMG brings together 100 emerging markets including India, Australia, ASEAN, Middle East, Africa and Russia. In addition to the Ford Ranger and U.S. import businesses in IMG, the formation of this joint venture will add to IMG’s portfolio vehicles specifically tailored for emerging markets.

Mahindra has led the utility vehicles segment for seven decades. Mahindra claims to be the only company with a portfolio of electric vehicles commercially available in India. Expanding its global presence, Mahindra owns a majority stake in Ssangyong Motor Company in Korea. Mahindra also has entered into the shared mobility space with investments in ridesharing platforms in the United States.

As an exporter of vehicles from the country, Ford manufactures and exports vehicles and engines from its facilities in Chennai, Tamil Nadu and Sanand, Gujarat. India is the third-largest Ford employee base globally, with more than 14,000 people working across the Ford India and Global Business Services operations in Delhi, Chennai and Coimbatore. Under the new structure, Ford will continue its support for all corporate social responsibility initiatives.

The Mahindra Group is a $20.7 billion federation of companies with, arguably,  a leadership position in utility vehicles, information technology, financial services and vacation ownership in India and is the world’s largest tractor company, by volume.  It also operates in agribusiness, aerospace, commercial vehicles, components, defense, logistics, real estate, renewable energy, speedboats and steel, amongst other businesses. Headquartered in India, Mahindra employs more than 240,000 people across 100 countries.