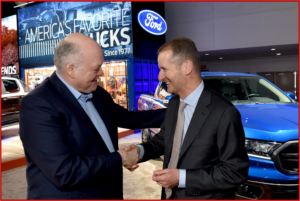 Ford Motor Company says that Chief Financial Officer Bob Shanks plans to retire from the company at the end of 2019.  He will be succeeded by Tim Stone, a finance executive who served 20 years at Amazon Inc., and as CFO of Snap Inc., a social media and camera company. Stone, 52, will join Ford on April 15 as a company officer and assume the role of CFO on June 1. He is without even a drop of gasoline in his blood. He will report to Ford President and CEO Jim Hackett. Shanks, 66, will work closely with Stone on the CFO transition, and then work on special projects through the end of the year. Snap lost $575,637,000 during 2018.

The more significant news, perhaps, is happening at Ford’s European money pit and its struggling International Markets Group. Peter Fleet, president of IMG, has announced his intention to retire. Fleet, 51, held leading in Ford marketing, sales and service, and business operations globally for nearly 30 years. Prior to the establishment of the International Markets Group, Fleet served as president of Asia Pacific, leading all of Ford’s operations and partnerships across the region. Previously, he was president of Ford ASEAN and vice president, Sales, Ford of Europe. (Weak Ford 2018 Financial Results Prove Need for Shakeup, Ford to Restructure European Business Once Again and Volkswagen and Ford Announce Alliance Without Cross Equity) 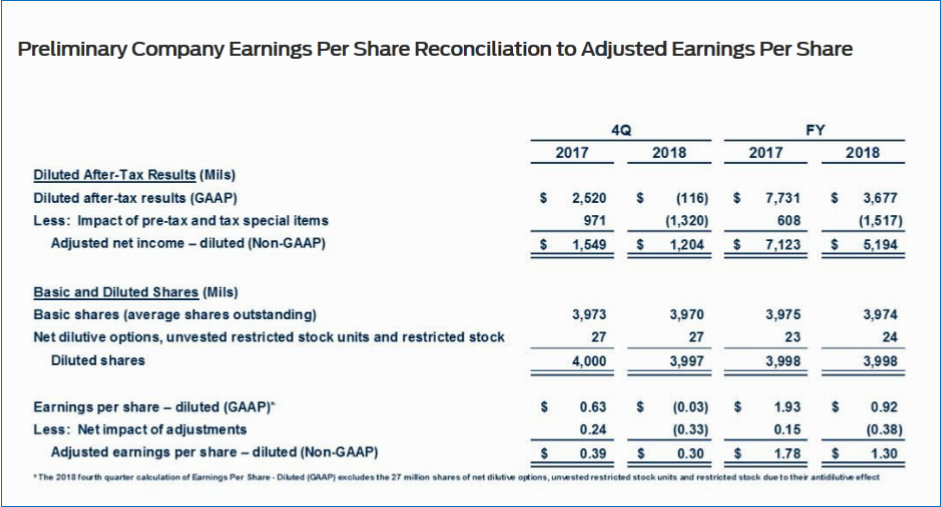 The company’s new business unit will oversee nearly 100 markets, including the company’s operations in Africa, ASEAN, Australia, India, Mexico, Middle East, New Zealand and South Korea, as well as a number of emerging and distributor markets around the world. The formation of this new business unit follows the recent establishment of China as a standalone business unit. Ovenden, 54, will report to Jim Farley, president of Ford Global Markets.

“This new group will be a lean, dynamic and networked team focused on leveraging both local customer insights and Ford’s global know-how,” Farley said. “Globally, some of the highest growth markets in the next five years are located in this part of the world.” The equity markets remain unimpressed by Ford’s rhetoric and results. Common stock is trading at ~$8.50 – around its five-year low.

The emerging markets are expected to account for one in three future vehicle sales. Ford claims its growth in IMG will come from positions in compact pick-ups and commercial vehicles as well as optimizing the company’s import portfolio and maximizing after-sales opportunities. It is surrounded by competition though. (American Pickups Targeted by Renault Alaskan ICE Edition)

Ford also announced that Stuart Rowley, currently chief operating officer for Ford North America, is appointed (banished?) to the role of president, Ford of Europe, taking on operational leadership of the business unit, including acceleration of the thus far failed European transformation strategy. In recent months, Rowley has been deeply engaged in Europe’s transformation planning, working with Steven Armstrong.

Rowley, 51, succeeds Armstrong who is being named chairman, Ford of Europe. In this new role, Armstrong, 54, will oversee key transformation projects and joint venture partner interactions for the region, as well as lead Ford’s engagement with European governments on key industry legislation and issues. Both roles will report to Farley and are effective April 1.

“Under the leadership of Stuart and Steve, the European team has developed a comprehensive plan to fundamentally transform its operations and return the business to profitability, work which only will accelerate as they take on their new roles,” Hackett said.

Birgit Behrendt, vice president, Joint Ventures, Alliances and Commercial Affairs in Europe also announced her intention to retire. Over a 40-year career with many recognitions, she held several leadership positions in Purchasing in Europe and the U.S., including oversight of Global Purchasing Operations. In her current role until the end of March, Behrendt, 59, serves as the main interface with the company’s joint venture and alliance partners as well as supporting the establishment of the strategic alliance with Volkswagen. Going forward, she will continue to serve in her role as a member of the Ford Werke Supervisory Board.

Ford of Europe announced in January yet another plan to implement a strategy aimed at strengthening the Ford brand and creating a sustainably profitable business in Europe. Near term, Ford is accelerating key fitness actions and reducing structural costs. In parallel, the overhaul includes “changes to Ford’s vehicle portfolio, expanding offerings and volumes in its most profitable growth vehicle segments, while improving or exiting less profitable vehicle lines and addressing under-performing markets.”