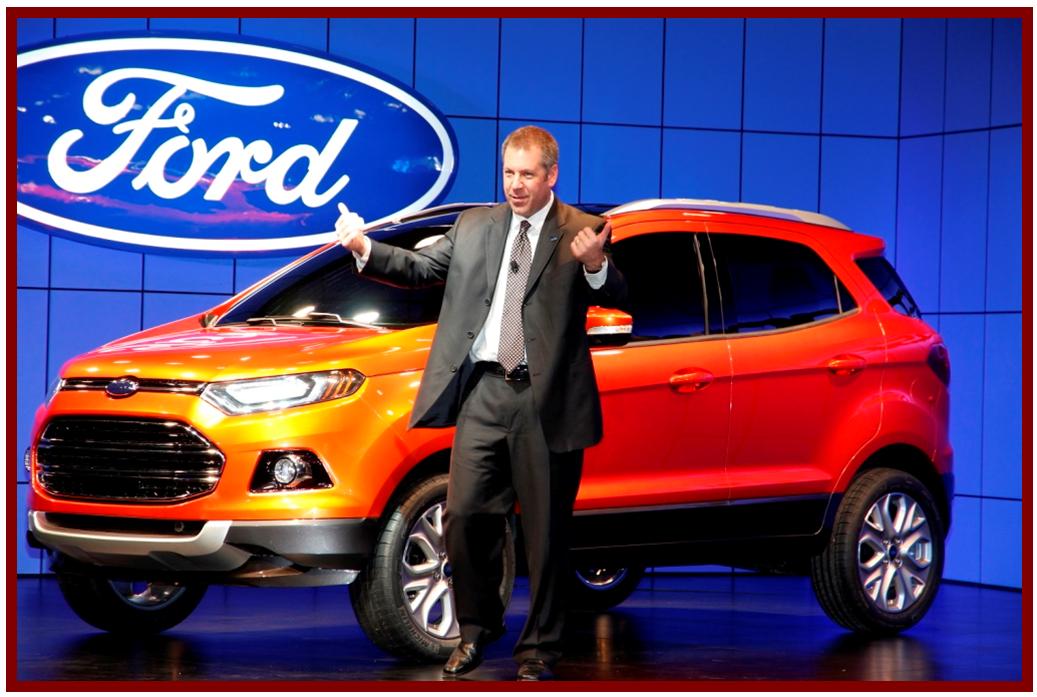 Ford continues to struggle globally by posting losses in moribund European economies, and – surprisingly – the growth markets of Asia Pacific and Africa. Joe Hinrichs, above, is president of Global Operations, which includes Manufacturing, Labor Affairs and Customer Service. He is going to be busy with the European Works Councils and unions.

Ford Motor is starting consultations – or confrontations – with its unions and other stakeholders to implement “a comprehensive transformation strategy aimed at strengthening the Ford brand and creating a sustainably profitable business in Europe.”

Near term, Ford is cutting costs by a reduction of surplus labor across all functions – salaried and hourly. A change in management structure  announced in December is underway through Ford’s hoeing operations and weeding its global salaried workforce. A Volkswagen hookup appears immanent.

The latest turnaround strategy is part of the company’s wish to sell “differentiated vehicles designed to create a deeper connection with Ford customers.”

In parallel, the overhaul will include changes to Ford’s vehicle lineup, expanding offerings and volumes in its most profitable growth segments, while improving or exiting less profitable vehicle lines and addressing under-performing markets.

Ford of Europe is targeting a 6% EBIT margin longer term, with returns in excess of the cost of capital for each business group.

Ford Motor’s Q3 results were disastrous. Once again top Ford executives claimed they had a multi-year plan to fix things, but that same pledge has been made since Ford 2000. Ford also said that because of the higher costs and uncertainty impacting the entire sector, coupled with unexpected deterioration this year in the Europe, Middle East and Africa, and China businesses, current company forecasts show that it will not reach its previously announced 8% EBIT margin or high teens ROIC targets by 2020. No wonder another job-destroying reorganization in process.

Commercial Vehicles: Ford will continue to enhance its commercial vehicle leadership in Europe with a tightly integrated offering of smart vehicles, services and partnerships that deliver lifetime value for commercial customers. Already highly profitable, Ford is Europe’s No. 1 commercial vehicle brand in terms of sales volume, and more than one in four Ford vehicles sold today in Europe is a commercial vehicle.

In line with Ford’s global fitness approach to build, partner or buy, Ford of Europe will leverage relationships – such as the successful Ford Otosan joint venture and the potential alliance with Volkswagen AG – to support its commercial vehicle growth.

Passenger Vehicles: Ford will establish a more targeted portfolio of European-built passenger vehicles focused on the quality, technology-rich and fun-to-drive DNA of the Ford brand, with the goal of building emotional connections with customers through sporty and progressive designs.

Every Ford nameplate from the all-new Ford Focus onward will include an electrified option.  This includes new nameplates and new versions of existing vehicles. From Fiesta to Transit, either a mild-hybrid, full-hybrid, plug-in hybrid or full battery electric option will be offered, delivering one of the most encompassing line-ups of electrified options for European customers.

Ford also will build on its success in the growing utility segment in Europe. Ford SUV sales – comprising EcoSport, Kuga and Edge – hit a record high in 2018, surpassing a quarter million vehicles sold for the first time.

Imported Vehicles: A niche portfolio of imported nameplates for Europe that builds on the heritage of the Ford brand will include Mustang, Edge, and another SUV to be revealed in April, along with an all-new Mustang-inspired full-electric performance utility in 2020.