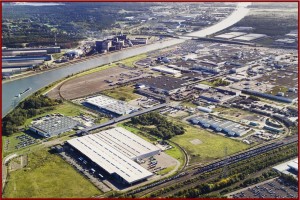 The Genk, Belgium, facility will close by the end of 2014 with the loss of 4,300 jobs – if Ford can get union approval, a process that could take six months to negotiate.

Ford Motor Company announced it will close the Genk industrial complex, Dagenham tooling and stamping, and Southampton as part of a revamping of its Europe manufacturing facilities under its latest European turnaround plan. The goal – oft stated for more than a decade – of such announcements is to return the cash-hemorrhaging Ford Europe subsidiary to profitability. Ford Europe in 2011 had net revenue of $34 billion or 26% of Ford Automotive revenue, but Ford now says it will lose $1.5 billion in Europe this year, up $500 million from its last estimate. Next year’s results will be similar, according to the U.S.’s second largest automaker.

Ford is planning an 18% reduction in installed vehicle assembly capacity of 355,000 units for what it estimates eventually will be a gross cost savings of $450 million to $500 million annually. However, It will take years for the projected savings to appear on the balance sheet. (See September EU Vehicle Sales Drop 11%. Eurozone Crisis Unabated)

New vehicle sales in the EU region are the lowest in two decades and are expected to remain flat or fall further next year. The effect on Ford shareholders has been negative and will continue to be so. Ford Europe lost $404 million in Q2 of 2012, a more than $1 billion negative swing compared to Q2 2011. The company said it will incur “substantial costs” for employee separation of more than $100,000 per person, plus pensions and retooling costs, but declined to give a total amount for a process that will take until 2015 to complete.

The Genk, Belgium, facility will close by the end of 2014 with the loss of 4,300 jobs – if Ford can get union approval, a complicated negotiation that could take six months. Ford executives characterized the talks as a consultation, which appears laughable, given a subsequent union statement that called the proposed closing “criminal” and “catastrophic.” Several vehicles now built at Genk would be transferred to Ford’s other European plants if a deal can be cut. In the U.K., Ford’s Southampton vehicle assembly plant and Dagenham tooling and stamping operations will close in 2013. These three facilities currently employ 5,700 hourly and salaried employees in total.

If the proposed plan is confirmed, production of the next-generation Mondeo, S-Max and Galaxy could move to Ford’s assembly plant in Valencia, Spain. Pending further study, Ford hedged, production of the C-Max and Grand C-Max compact multi-purpose vehicles could move from Valencia in Spain to high-cost Saarlouis, Germany, in 2014 where the Focus and Fiesta are currently built.

“We understand the impact this potential action would have on our work force in Genk, their families, our suppliers and the local communities. We fully recognize and accept our social responsibilities in this difficult situation and, if the restructuring plan is confirmed, we will ensure that we put in place measures and support to lessen the impact for all employees affected,” said Stephen Odell, chairman and CEO, Ford of Europe.

At a meeting with 2,500 dealers and employees in Amsterdam in September, senior Ford Motor executives outlined the marketing aspects of the latest plan that hinges on the success of revised or new products. Large car, SUV and commercial vehicle segments were cited as areas where growth could be profitably attained. All told, fifteen global vehicles will be on sale in Europe within five years, but the bulk of recovery plan depends on traditional European fare such as the Fiesta, Kuga, Mondeo and Transit. Some U.S.-made products will also find their way across the Atlantic Ocean, including the Edge and Mustang, but they are niche products at best and will contribute little to revenues unless the Mustang takes off. (See Ford outlines its latest European Turnaround Plan to Dealers, Workers)

* Capacity numbers do not include Russia where Ford is expanding. The Russian market in 2011 grew 38% to 2.8 million vehicles, topping a record in 2007.

[25 October: This story has been expanded since its original version to include additional financial numbers and facility and product actions proposed by Ford and union statements.- editor]