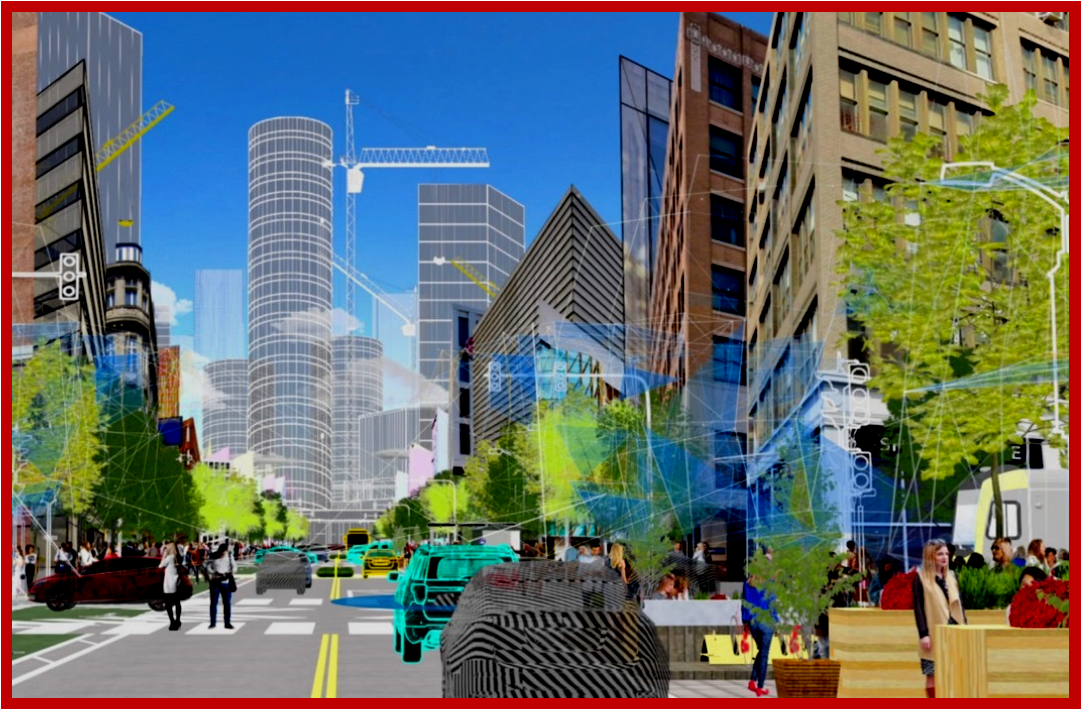 Ford Motor Company, Uber and Lyft today announced a pledge to SharedStreets, a new data platform designed – it’s claimed – to make it easier for the private sector to work with cities around the world to use your driving data to improve urban mobility. No mention of privacy or legal issues arising from the personnel data were addressed.

The data sets pledged by the companies will provide the public and private sectors ways to manage curb space to reduce congestion and emissions that cause climate change, improve the efficiency of city streets by making it easier for everyone to get around, and save lives by preventing traffic crashes.

The public-private partnership is the result of a collaboration with the National Association of City Transportation Officials (NACTO), the Open Transport Partnership and Bloomberg Philanthropies, the consortium behind the SharedStreets data platform. This effort was announced by Jim Hackett, CEO of Ford Motor Company, Dara Khosrowshahi, CEO of Uber, and John Zimmer, Co-founder and President of Lyft at the second annual Bloomberg Global Business Forum in New York City. They were joined by Janette Sadik-Khan, principal at Bloomberg Associates and chair of NACTO, on behalf of Michael R. Bloomberg, the founder of Bloomberg Philanthropies and Mayor of New York City, 2002-2013.

The partnership gives mayors access to driver generated road traffic data, allowing them to make better planning and investment decisions as shared and autonomous mobility arrive in their cities. The agreement also fills a missing link for mobility companies, providing a common standard for sharing data across all cities, where local requirements currently vary widely.

Launched earlier this year with funding from Bloomberg philanthropies, SharedStreets is a universal data language for information about city streets and an attempt to start public-private collaboration to manage streets, reduce traffic deaths, and prepare cities for the technological advancement emerging in cities. Already operating in more than 30 cities around the world, the SharedStreets platform and this new partnership will provide new ways for managing transportation networks.

“Ride-share and auto companies have been gathering an enormous amount of data on transportation and traffic. Now, cities will be able use it to find new ways to manage congestion, reduce carbon emissions, prevent traffic crashes, and prepare for the arrival of autonomous vehicles,” said Michael R. Bloomberg. “It’s a great example of how governments and businesses can work together to solve tough problems and build a better world – and I want to thank all the companies that are taking part.”

In addition to launching the new tools and partnerships, NACTO, representing 74 cities and transit agencies across North America, and global cities from Paris to Melbourne formally endorsed the data sharing policies of SharedStreets, committing to working collaboratively with the private sector. They join the six cities that have participated in pilots to develop new data standards and features or that have been formally trained on the platforms new tools and capabilities, together reaching more than millions city residents around the globe.

First funded by Bloomberg Philanthropies and developed by NACTO and the Open Transport Partnership, the SharedStreets suite is a neutral, anonymized clearinghouse for data collected by transportation providers, private companies and government agencies, as well as a hub for industry-leading data analysis, traffic planning, street design and development of new technologies. The platform allegedly overcomes long-standing legal, regulatory and technological barriers between the public and private sectors by converting today’s ad hoc, disparate transportation data sources into what’s said to be a mutually readable, shared, global standard for the first time. It introduces a universal language for digitally describing every aspect of city streets, opening new markets to private sector innovators and eliminating the need to manually “clean,” collate and transfer data sources, saving crucial public funds. Visit the SharedStreets project online at SharedStreets.io.

NACTO is an association of 74 major North American cities and transit agencies formed to exchange transportation ideas, insights, and practices and cooperatively approach national transportation issues. The organization’s mission is to build cities as places for people, with safe, sustainable, accessible, and equitable transportation choices that support a strong economy and vibrant quality of life.