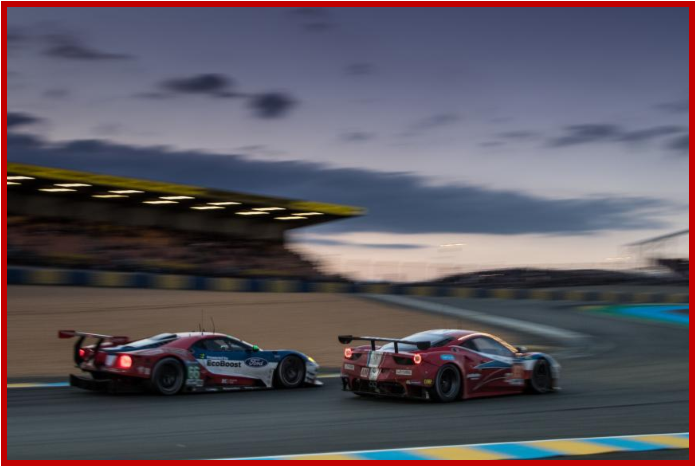 While no longer running in the top LMP1 class, the #68 Ford GT of Sébastien Bourdais (FRA), Joey Hand (US) and Dirk Müller (GER) crossed the finish line at Le Mans at three o’clock on Sunday as the overall LMGTE winner of the 2016 Le Mans 24 Hours. After a long battle with the #82 Ferrari, the Ford GT took the lead for the final time in the 20th hour of the race. Hand was behind the wheel on the three occasions that the Ford passed the Ferrari, restarting a 50-year-old rivalry between the two automakers.

The win comes 50 years after Ford’s 1-2-3 victory at Le Mans in 1966 – then in the fastest class. Ferrari, also no longer running in the fastest class – finished second with its #82 488 car. Ford GT’s finished third and fourth. A Chevrolet Corvette, long a crowd pleaser at what is also known as the Circuit de la Sarthe, finished fifth. 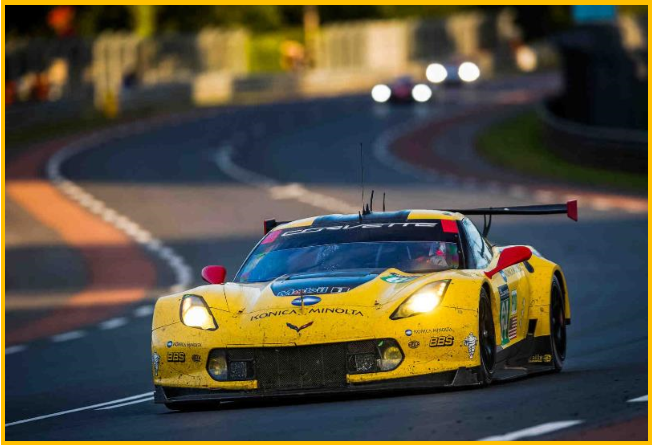 “It’s an unbelievable feeling to be able to make this happen,” said Frenchman Bourdais, who was born within sight of Tertre Rouge, a French village adjacent the course, which has been modified many times since 1906.

The two Ford GTs of Team USA started in the lead and the Ferrari 488 #51 of AF Corse driven by James Calado was immediately behind. Car #71, with Sam Bird, and car #82 of the Risi Competizione team, with Giancarlo Fisichella, went up to fifth and sixth place because the Ford of Team UK #67 started from the pit.

The Ferrari 488s of Risi Competizione was extremely consistent and was even able to pull into the lead, contending for top positions throughout the race. Disappointment came deep into the night for the Ferrari 488 number #71: with Davide Rigon at the wheel, a problem in a rim forced the car into the sand at curve 4 and put it out of contention.

The negative day for the AF Corse team finally ended very near sundown, as several engine sensors made it advisable to pull the car into the pit. At sundown, the duel of Ferrari #82 with the Ford GT continued, and went on almost to the end when, because of a spin of Toni Vilander, the Ford #68 built a comfortable lead and finished ahead of car #82. 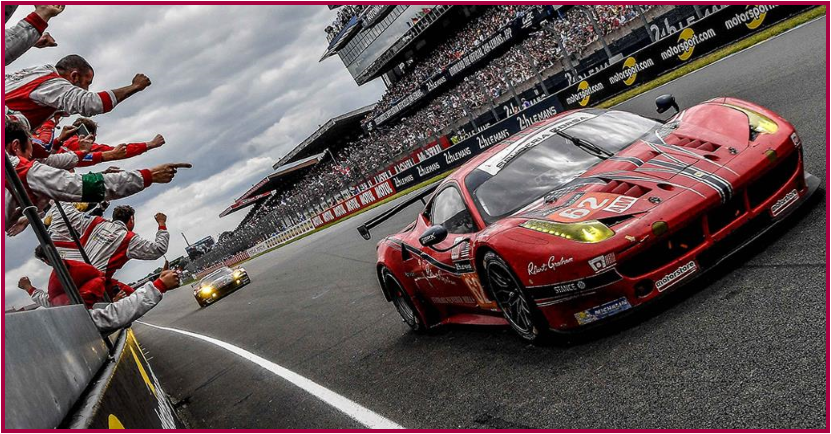 The reward for Ferrari came in GTE-Am class where the American drivers of Scuderia Corsa, Bill Sweedler, Townsend Bell, and Jeff Segal at the wheel of the 458 Italia #62 gave Ferrari the win for the second consecutive year in this class. In in 2015 the win came courtesy of SMP Racing team. This is the 35th win for the Maranello firm – 9 overall and 26 class wins. 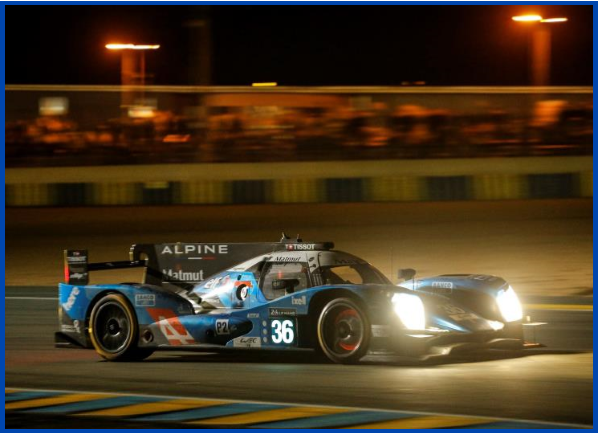 Nissan finished its Le Mans participation in the LMP2 class with strong performance – including victory for the Signatech Alpine Squad. It’s somehow fitting that the Marseillaise played for a Renault – the other half of the Renault-Nissan Alliance. The #36 entry of Nicolas Lapierre, Gustavo Menezes and Stephane Richelmi took a two minute, 40 second victory over the Nissan-powered G-Drive Racing Oreca with the SMP Racing BR01 entry a further four laps back. Nissan took filled 12 of the top 13 finishing positions to take its fifth class victory in six attempts.

For 2017, the LMP2 class regulations will change with every car in the field using a mandated spec engine from Gibson Technologies.

“This year is the final year of the Nissan LM P2 engine program and I am very satisfied with our great result,” said Motohiro Matsumura, NISMO Chief Operating Officer. “Top nine cars using the Nissan powertrain is a good way to finish for us.”

Ken Zino is an auto industry veteran with global experience in print, broadcast and electronic media. He has auto testing, marketing, public relations and communications expertise garnered while working in Asia, Europe and the U.S.
View all posts by Ken Zino →
This entry was posted in racing and tagged autoinformed, autoinformed.com, Ken Zino, le mans. Bookmark the permalink.