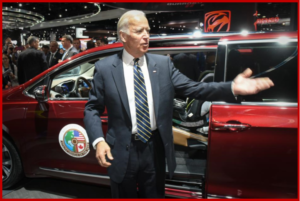 During the last 15 years, autonomous systems offered by automakers have been a succession of partially automated parking and driving systems that are mostly accurate and sometimes comfortable, but rarely easy to discover or use, according to a new study.

A report from the In-Vehicle UX (IVX) group* at Strategy Analytics, “In Ramp Up to Fully Autonomous Systems, the User is Being Ignored,” considered – not without abundant self-interest – the on-going transition from semi-autonomous features in vehicles, to fully autonomous systems.

“Crucially, systems must be designed from the human outward, rather than from the system inward, to ensure successful uptake,” per Strategy Analytics.

Its In-Vehicle UX (IVX) group posits that current semi-autonomous driving and parking systems are sub- optimum, due to poor human-machine-interfaces (HMI). In research undertaken by Strategy Analytics, first-time users often had difficulty mastering the controls related to these features and correctly interpreting relevant iconography and messages.

“Even the most basic task such as determining whether the system was ‘on,’ was difficult. However, while consumers continue to show interest in autonomous transportation systems, many are pessimistic about them due to a lack of trust; and this will be a major obstacle to overcome,” the consultancy said.

Derek Viita, Senior Analyst and report author claims: “It is becoming clear that media coverage of early incidents with autonomous driving features is coloring early consumer perceptions of these systems. The rush by non-traditional transport companies to beta-test concepts before they are road- or user-ready has led to several incidents being portrayed negatively in the media.”