Geely moves Closer to Owning AB Volvo. Chinese Company Owns the Car Brand and Is Buying Into the Truck Business. 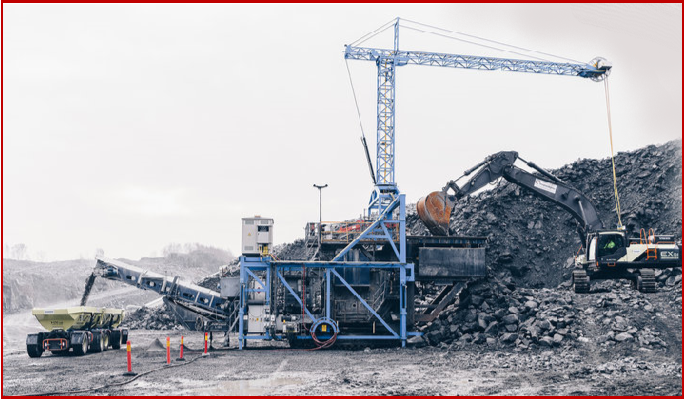 Volvo Construction Equipment and customer Skanska have recorded what they call groundbreaking results from their Electric Site research project – including a 98% reduction in carbon emissions, a 70% reduction in energy cost and a 40% reduction in operator cost.

The number of voting shares in AB Volvo – the old Volvo truck and bus  arm has changed from the conversion of a total of 490,000 Series A shares to a total of 490,000 Series B shares. An A share holds one vote at Annual Meetings and one B share carries one-tenth of a vote. Dividends are the same for both. The Chinese company Geely owns the car business and is buying up the truck business. Sales and profitability at Volvo Cars soared under Geely. Cars returned an operating profit of 10.4 billion Swedish crowns in the first nine months this2018, up from 1.6 billion for all e of 2011, the year after Geely bought Volvo from Ford.

China’s Geely Holding [GEELY.UL], owner of the Volvo car brand, is buying an 8.2% stake in Volvo (VOLVb.ST) from Cevian Capital. This is worth more than $3 billion at market prices. This makes Geely the biggest individual shareholder in AB Volvo and second ranked in terms of voting rights behind Swedish investment firm Industrivarden (INDUa.ST). 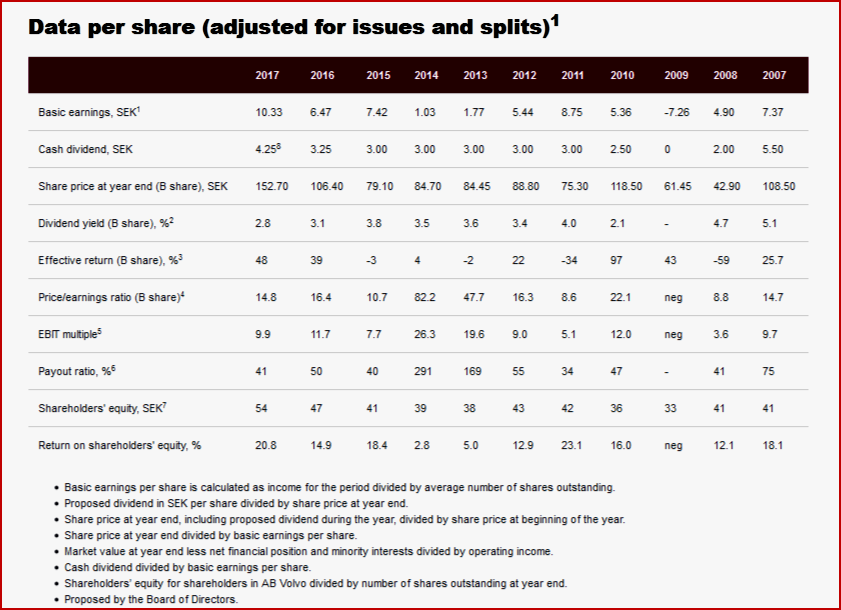 The voting rights came with the opportunity for Series A shareholders to request conversion to Series B shares, which was entered in the Articles of Association at the 2011 Annual General Meeting. The two Volvos were split back in 1999. Geely claims there are no plans to reunite the two Volvos – a politically motivated statement in AutoInformed’s view.

The Volvo Group is one of the world’s leading manufacturers of trucks, buses, construction equipment and marine and industrial engines. The Group also provides financing and service. The Volvo Group, which employs almost 100,000 people, has production facilities in 18 countries and sells its products in more than 190 markets. In 2017 the Volvo Group’s sales amounted to about SEK 335 billion (EUR 35 billion). The Volvo Group is a publicly-held company headquartered in Göteborg, Sweden. Volvo shares are listed on Nasdaq Stockholm.