Let the arguments begin again, or in AutoInformed’s orbit continue. Was the Gen 4 911 – the last of the air-cooled sports cars the best and most desirable of the lot? On 27 November, the eighth generation of the Porsche 911 will celebrate its world premiere in Los Angeles – 55 years after the debut of the original 911 model. This is reason enough to look at the previous generations. 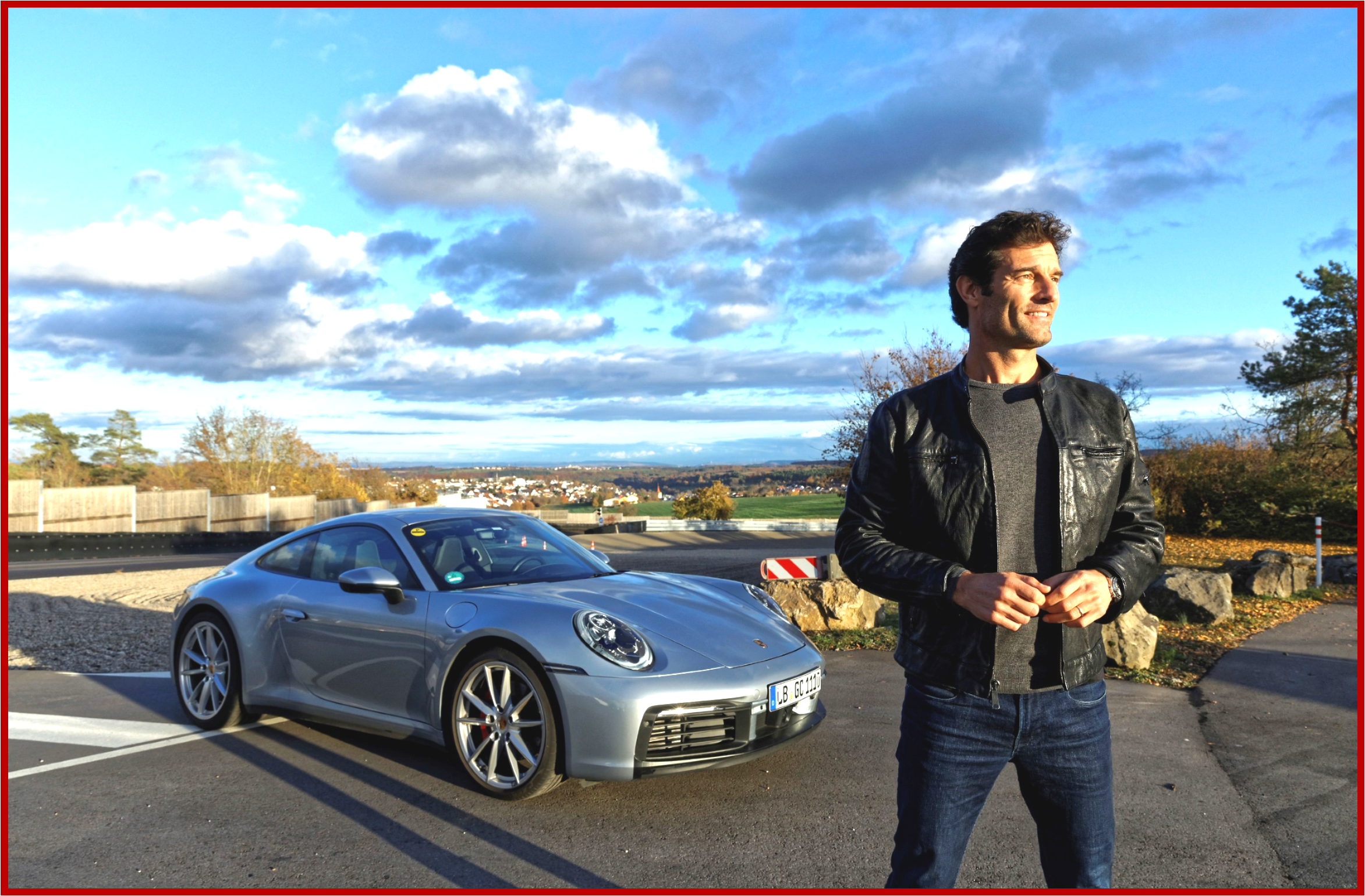 Ex-Formula One driver Mark Webber with the new Porsche 911. Webber had the chance to inspect the car with its camouflage almost completely removed. Not surprisingly he praised the sports car.

One thing seems certain, and not just for fans of sports cars from Zuffenhausen: the fourth generation of the 911 – the 993: 1993-1998 – is one of the most desirable versions. Although practically only the roofline remained unchanged, the new model was imposing with its re-interpretation of the 911 design. The melding of concave and convex forms, integrated bumpers, flush-mounted windows and a rear end as wide as a Walmart shopper’s-  but with an angled tail-light panel – turned on sports car lovers. Even the new front wings – a flatter design made possible by new poly-ellipsoid headlights – found widespread approval.

The 993 was technological tour de force in the sports car segment with its redesigned LSA suspension (long and short arm suspension – to hell with struts), aluminum chassis, which combined lightweight construction, stability and agility. The multi-link rear suspension is still considered to be the ultimate development stage of the “Weissach” rear axle, which made history with its self-steering properties. Better driving dynamics and enhanced suspension comfort – a seeming conundrum solved by brilliant at any cost engineering. 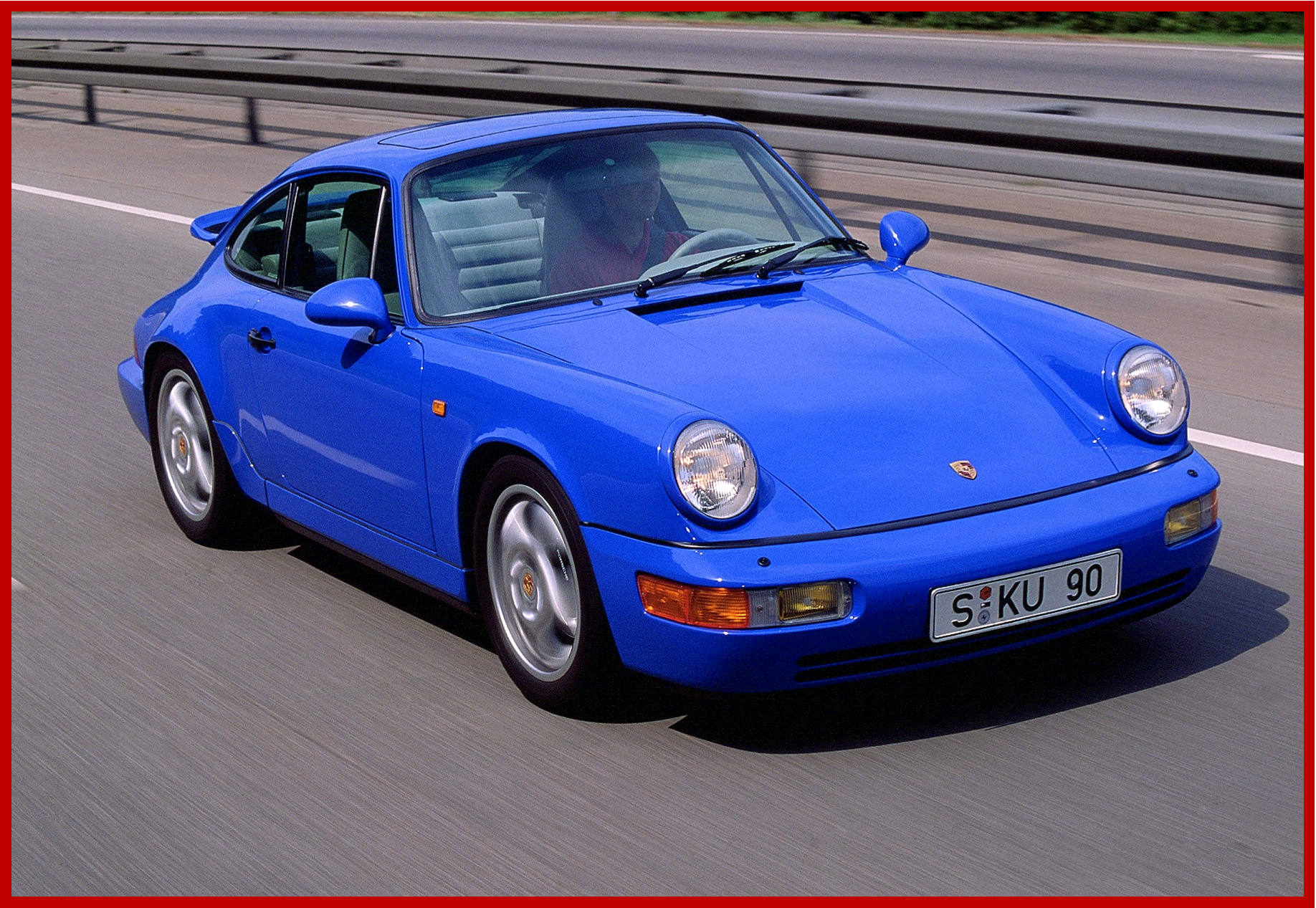 The 911 Turbo with standard all-wheel drive came with two turbochargers in 1995. The effect was a then outstanding 408 PS. At the same time, the 3.6-liter biturbo engine delivered the lowest exhaust emissions of all series-production units at the time. At the rear of the two-wheel-driven 911 GT2 – limited to an edition of 100 – it produced up to 450 PS.

Initially, Porsche offered the 993 only as a Coupé and Cabriolet. The Targa did not make its debut until 1995. It arrived with a new concept: Instead of a removable hardtop, it had a broad electric glass roof which slid under the rear window. There was also another production body variant – the all-wheel-drive Carrera 4S – followed slightly later by the Carrera S – that combined the wide body and chassis of the 911 Turbo. Only the rear wing was deleted.

The flat-six engine provided another reason why the 993 remains popular among collectors and enthusiasts: it was the last 911 engine with air cooling. Initially with a power output of 272 PS, the two-valve model – again equipped with twin-spark ignition – delivered 285 PS from 1995 onwards. Porsche also optionally sold a 300 PS variant.

The manual transmission was also new: with a top speed of now up to 270 km/h, it received a sixth forward gear to cover the speed range without curtailing the engine’s power development due to a long ratio. The gear changes were also – once again – made more precise.

In the end, staking the company on the 911, the Type 993 paid off for Porsche and for drivers. Air-cooled engines in this unique model history ended with the fourth generation of this the sports car in 1998. A second era began after 35 years. It was the beginning a winning and growing sales run for the 911. Porsche produced a total of 68,881 vehicles of the Type 993 between 1993 and 1998. Today they could probably sell that many more if it was revived.