General Motors Sells All of Its Ally Preferred for $1 Billion 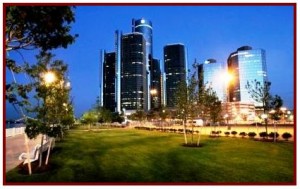 General Motors Company (NYSE: GM) has sold of its preferred shares of Ally Financial Inc. for a total of $1.0 billion. Ally, formerly known as GMAC, is GM’s and Chrysler’s largest provider of automotive financing. The sale will result in a book gain of $300 million, which will be recorded in GM’s first quarter of 2011. GM still holds 9.9% of Ally common stock.

“Today, we are taking another step forward in our strategy to strengthen and simplify the company’s balance sheet,” said Chris Liddell, vice chairman and chief financial officer, who has resigned effective 1 April, and is thought to be seeking a CEO job.

During the global financial crisis that in 2008, GM and GMAC both were bankrupt and only survived because of the largess of U.S. and Canadian taxpayers who lent the failed companies billions so that they could reorganized.

GMAC needed to be saved, it was partly argued by U.S. Treasury officials who came from Wall Street, from the natural consequences of its bad loans with inadequate reserves behind them because it provided financing to auto dealers and consumers, notably General Motors and subsequently Chrysler.

Both GM and Chrysler were also taken over by the government and reorganized in a desperate attempt to head off further job losses, the collapses of numerous suppliers, which would have then taken out other more solvent auto companies and, arguably, caused a 21st century Great Depression.

GM owned GMAC outright until 2006, when it sold a 51% for $7.4 billion to an investment by Cerberus Capital Management LP. U.S. taxpayers now own 74% percent of Ally’s common stock.

With its successful IPO of last November, GM began repaying taxpayers, but the U.S. government still owns 27% of the automaker. Ally is expected to undertake an initial share offering sometime this year to help pay back some of the $17 billion lent by the U.S. Treasury.