General Motors Sells Opel/Vauxhall to PSA Group for €2.2B 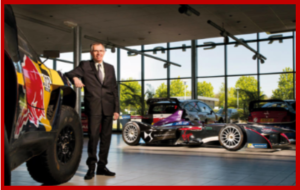 Tavares – racing for economies of scale in a moribund European market as regulatory and developement costs for hybrids, electrification and fuel cells rise as diesels are phased out.

General Motors Co. (NYSE:GM) and PSA Group (Paris:UG) today announced an agreement under which GM’s Opel/Vauxhall subsidiary and GM Financial’s European operations will join the PSA Group in a transaction valuing these activities at €1.3 billion and €0.9 billion or $2.3B billion in total at current exchange rates. PSA, together with BNP Paribas acquires all of GM Financial’s European operations through a newly formed 50%/50% joint venture that will retain GM Financial’s current European platform and workers. This joint venture will be fully consolidated by BNP Paribas and accounted under the equity method by PSA.

PSA and Opel/Vauxhall are prominent in European markets, of course, but Opel relies more on the UK (through Vauxhall) and Germany, while PSA has a strong home presence in France. (GM to Announce Sale of Opel/Vauxhall this Monday with Investors’ Call, and a Press Conference)

The agreement, expected to close by the end of 2017, finishes almost 100 years of GM in Europe, leaving only the slow expansion of the Cadillac brand, and the sale – it’s more like a hobby than a business – of  niche vehicles, the Chevrolet Camaro and Corvette, both imports, as GM’s only presence in the world’s third largest vehicle market. GM’s Lyft and Maven will eventually appear in Europe, AutoInformed opines.

GM CEO Mary Barra said Brexit was just a speed bump in the road to the sale, implying it was a slight factor. Cutting losses, limiting exposure, better allocation of capital are the here. (Brexit Automaker Winners, Losers – Predictable and Surprising or ‘Bloody Hell,’ What Does Brexit do to Automakers?)

GM and PSA expect to collaborate in the further deployment of electrification technologies and existing supply agreements for Holden and certain Buick models will continue. PSA may potentially source long-term supply of fuel cell systems from the GM/Honda joint venture.

“We are confident that the Opel/Vauxhall turnaround will significantly accelerate with our support, while respecting the commitments made by GM to the Opel/Vauxhall employees,” said Carlos Tavares, chairman of the Managing Board of PSA. “People talk about closing plants. That is simplistic. It means you don’t have enough ideas to improve plants. People are able to create their own turnaround.” Tavares also admitted that Europeans are more likely to consider buying a German brand than a French one outside of France. (Win, Win? GM to Sell Opel to PSA)

It makes PSA Group Number 2 in European sales at 3 million behind Volkswagen Group at 4 million. With the addition of Opel/Vauxhall, which generated revenue of €17.7 billion in 2016, PSA in Europe will have a 17% market share.

The transaction will allow – it’s claimed – substantial economies of scale and synergies in purchasing, manufacturing and R&D. Annual synergies of €1.7 billion are expected by 2026 – a substantial part it to be delivered by 2020. (Optimistic and subject to outside economic forces.)  Leveraging the “successful partnership”with GM, PSA expects Opel/Vauxhall to reach a (rather low) recurring operating margin of 2% and generate a positive operational free cash flow by 2020, and 6% margin by 2026.

GM will continue to be liable for all of Opel/Vauxhall’s European and U.K. pension plans, funded and unfunded, apart from the German Actives Plan and selected smaller plans will remain with GM.

The deal frees about $2 billion in cash from $20 billion on GM’s balance sheet that was carried to protect Opel/Vauxhall in a downturn. Some of the cash will be returned to stockholders as part of GM’s ongoing stock buyback program. The obligations with respect to the German Actives Plan and these smaller plans of Opel/Vauxhall will be transferred to PSA. GM will pay PSA €3.0 B for full settlement of transferred pension obligations.

GM or its affiliates will subscribe warrants for €0.65 B. These warrants have a nine-year maturity and are exercisable at any time in whole or in part commencing 5 years after the issue date, with a strike price of €1. Based on a reference price of €17.34 for the PSA share, the warrants correspond to 39.7 million shares of PSA, or 4.2% of its fully diluted share capital. GM will not have governance or voting rights with respect to PSA and has agreed to sell the PSA shares received upon exercise of the warrants within 35 days after exercise.

The issuance of the warrants is subject to the vote of shareholders at PSA’s General Meeting of 10 May 2017. The three main shareholders of PSA (the French State, the Peugeot family and DongFeng) representing in aggregate 36.6% of the share capital and 51.5% of the voting rights of PSA have undertaken to vote in favor of the resolution for the issuance of the warrants to GM. In the event the warrant issuance reserved to GM and its affiliates is not approved by PSA’s General Meeting, PSA will settle the €0.65 B in cash over five years.