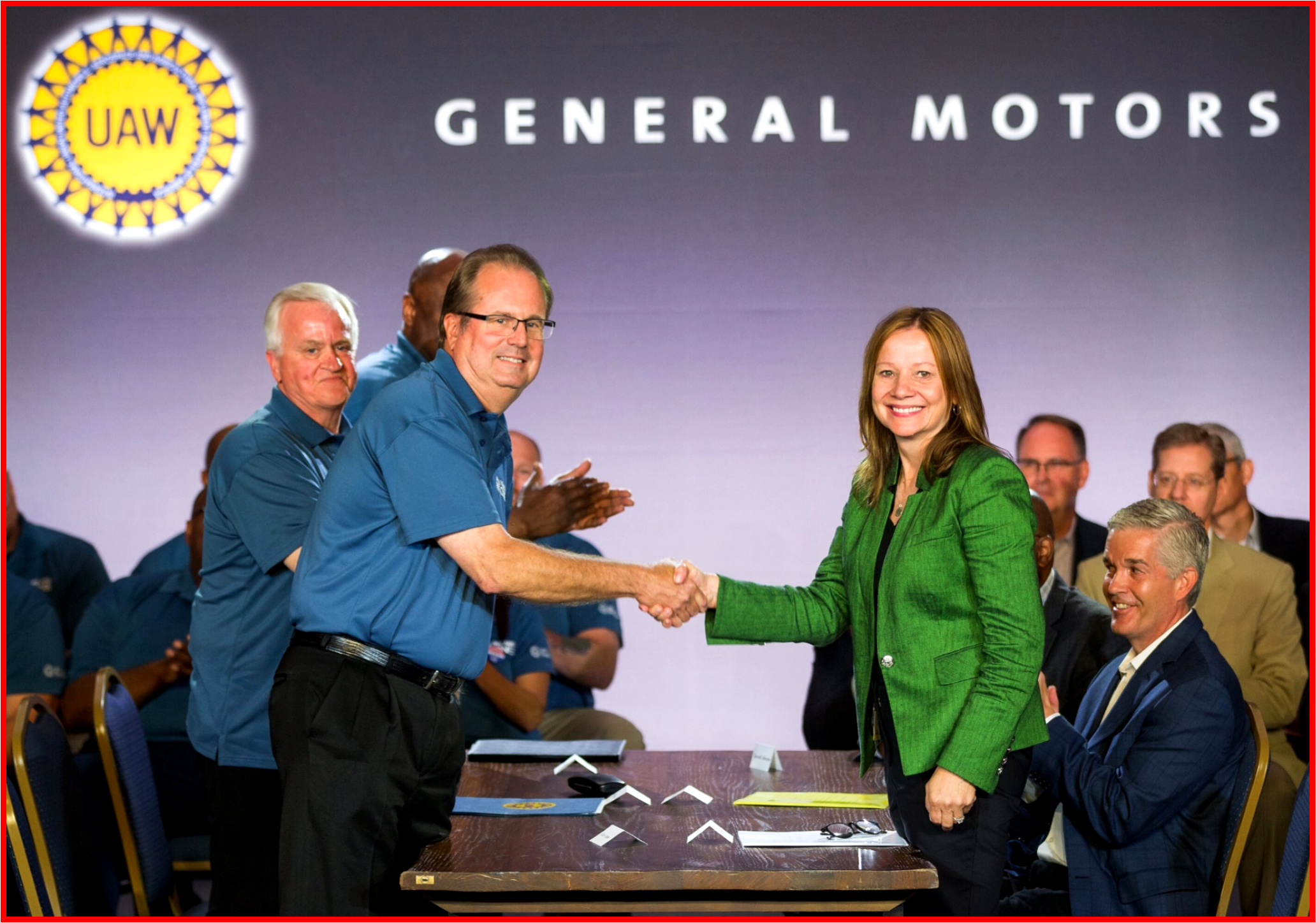 United Autoworkers President Gary Jones announced late yesterday that the UAW has decided to proceed on bargaining with GM as the target company. Detroit Big 3 contracts all expire at midnight the evening of Sept. 14. UAW GM local unions have all voted and sent a national bargaining team supported by the UAW International Union and their UAW GM Department. The UAW has 55 sites at GM.

Gary Jones, of course is under an investigation by the FBI in the fraudulent diversion of funds from FCA Fiat that were supposed to support UAW worker training. He refused to stand down as president during the contract talks as criminal investigations ensue. A two-year probe has already led to the convictions of five people affiliated with the UAW and three Fiat Chrysler executives. Michael Grimes, a retired senior official with the union’s GM division, is charged with wire fraud and money laundering for allegedly receiving $2 million in kickbacks from UAW vendors pled guilty today to stealing from union members over a period of nearly 12 years, 2006 and July 1, 2018.

Grimes, if sentenced within the guidelines agreed upon in the plea deal, will spend a minimum of nearly four years in federal prison and up to four years and nine months.

The move follows the release of local vote tallies for strike authorization of the Detroit Big 3. Each local voted independently. The aggregate totals by automakers are:

The UAW Constitution requires members to vote and give authorization in order to strike if necessary. While the vote does not mean there will or will not be a strike, it gives authority to the UAW International President and International Executive Board to call for a strike. Locals have also elected National Bargaining Representatives as part of the national bargaining team.

“No one goes into collective bargaining taking a strike lightly. But it is a key tool in the tool belt as our bargaining team sits across from the company,” said Gary Jones, UAW President…. “Clearly the UAW stood up for them (Detroit Three) in a very dark time, now that they are profitable it is time for them to stand up for all of us… “Mary Barra said from the outset of these talks that we will stand up as we tackle a changing industry. We are ready to stand strong for our future,” said Jones. “We are focused. We are prepared and we are all ready to stand up for our members, our communities and our manufacturing future,” added Jones.

GM’s response was the predictable pablum: “We look forward to having constructive discussions with the UAW on reaching an agreement that builds a strong future for our employees and our business.”

Vice president of General Motors North America Labor Relations, Scott Sandefur is the Lead Negotiator for General Motors during the 2019 National Bargaining. Previously, Scott was executive director in the same function. He joined General Motors in 1986 at Delco Products (Automotive Components Group) and has held a number of human resources positions. Scott has worked in various manufacturing and corporate operations in Ohio, Michigan, Texas and Australia. He claims to be a strong advocate for employee engagement and has worked with various union partners to promote collaboration.