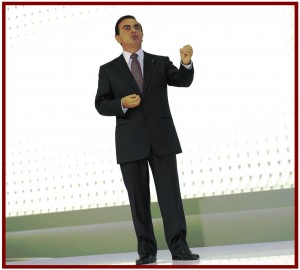 A return to profitability in 2010 is marred by the Renault spy case scandal.

Renault’s board of directors has approved a plan that would see CEO and President Carlos Ghosn and Chief Operating Officer Patrick Pélata, as well as other involved senior managers lose their 2010 bonuses and 2011 stock options because of the wrongful termination in January of three employees on false charges of industrial spying.

This ends speculation that Ghosn’s and Pélata’s positions were threatened by the corporate bungling, which became a minor political controversy in France. Pélata had tendered his resignation, but Ghosn refused to accept it.

Earlier a French prosecutor had completely exonerated Michel Balthazard, Bertrand Rochette and Matthieu Tenenbaum, the executives who were dismissed of all wrongdoing, which led to the emergency board meeting later on Monday.

In a statement Renault said that Ghosn addressed the full board, including representatives from part owner Nissan in Japan, about the preliminary findings of a French prosecutor who has been conducting an investigation into the case of three employees terminated.

In addition, Ghosn presented the board of directors with the results of an investigation by the Central Directorate of Interior Intelligence (DCRI) of the French Government, which is the Renault’s largest shareholder at 15%. The French government was embarrassed when Renault went public with the charges and dismissals without first being informed.

The French intelligence agency’s findings suspect that there was organized fraud involving at least one Renault employee. The case is still unfolding.

The Renault board approved offers to reinstate or compensate the three employees accused and wrongfully dismissed. Three employees in Renault’s security division will be “disciplined.”

Moreover a project to change the governance of Renault about the protection of the Group, its people and information is being started. It will be based on an analysis of the “internal shortcomings” that have come to light.

The project will be conducted by the Ghosn, Pélata, and an independent director, the Chairman of the Audit and Accounts Committee. The conclusions will be made public, and presumably subject to another board vote changing the company’s policies.