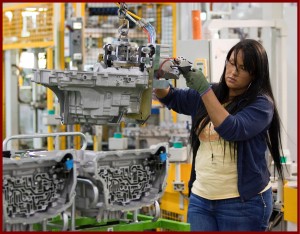 General Motors plans to invest $71 million into two Ohio manufacturing plants, including $39 million at its Toledo transmission plant and $32 million at its Defiance casting plant. Work will begin immediately at the two locations.

Since 2009, GM has invested more than $3.3 billion in Ohio. Separately, GM and LG Chem formed a joint venture – Ultium Cells LLC – and together are investing more than $2.3 billion to build a new battery cell manufacturing plant in Lordstown that will create more than 1,100 new jobs. Construction of the facility is underway. The new battery cell manufacturing plant will play a critical role in GM’s evolution to an all-electric future. (GM Claims Wireless Battery Management for Future EVs, Lordstown and Lithium. A New GM Constellation is Rising)

In addition, GM has continued its commitment to the Lordstown community by working closely with Lordstown Motors Corp. since May 2019 to support the launch of its Endurance pickup. The acquisition of Lordstown Motors by DiamondPeak (sic) Holdings Corp. is expected to close during the fourth quarter and the company will be listed on the Nasdaq. GM is investing $75 million in the company, which includes the sale of the former Lordstown Assembly plant and production equipment.

Defiance Casting Operations opened in 1948 and currently employs about 580 employees. The first iron was poured at the facility on Aug. 23, 1948. Today, these team members manufacture cylinder block and cylinder head castings for inline-four, V6 and V8 engines used in a variety of Chevrolet, Buick, GMC and Cadillac vehicles. Hourly employees are represented by UAW Local 211.