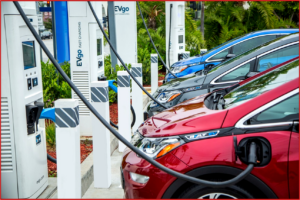 The two companies say they will add fast charging stations to cities and suburbs, providing increased charging access to drivers who live in multi-unit homes, rent their homes and can’t install chargers, or might not have access to workplace charging.

Customers will have access to some of the fastest charging capabilities at the places they regularly frequent, such as grocery stores, retail outlets, entertainment centers and other high-traffic locations. With fast charging available where people typically spend 15-30 minutes (see footnote1 ). This approach builds on the success of EVgo’s existing portfolio of more than 800 station locations across the United States, the most of any U.S. public fast charging network.

The new EVgo fast charging stations will be available to customers starting early 2021. Stations will be in highly visible areas and most will be able to charge at least four vehicles simultaneously. Additionally, stations will feature new charging technology with 100-350-kilowatt capabilities to meet the needs of an increasingly powerful set of expensive EVs coming to market.

General Motors and EVgo designed this new endeavor to use government grant and utility programs, aka tax-payer subsidies, as building out the necessary charging infrastructure ahead of market demands will require a lot of money.

1 Actual charge times will vary based on battery condition, output of charger, vehicle settings and outside temperature.