GM Awards A123 Contract for Batteries for Electric Vehicles 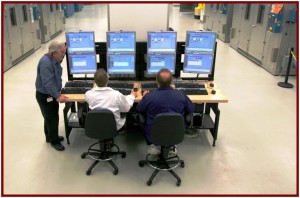 General Motors has awarded a production contract to A123 Systems to make Nanophosphate lithium ion cells and electronic components to be used in future GM batteries and electric vehicles. The vehicles and brands will be announced at a later date, GM said today in a release. The agreement builds on existing development contracts between GM and A123 focused on next-generation lithium ion battery technology at both the cell and system level.

GM engineering teams have tested and validated the A123 battery chemistry at the automaker’s Global Battery Systems lab in Warren, Mich. Teams from both companies will now work on developing calibrations and software controls for the battery system in preparation for production.

Nanophosphate is a positive electrode material that’s claimed to have higher usable energy than other lithium ion technologies. This enables greater battery use. A123 says that “high usable energy results from the combination of good abuse tolerance and calendar life at high state of charge (SOC), as well as excellent power capability at low SOC. In addition, the technology has excellent deep-discharge cycle life, meaning that you don’t need to protect the battery by cycling it more shallowly.”