GM CAMI Workers on Strike in Canada, NAFTA at Root 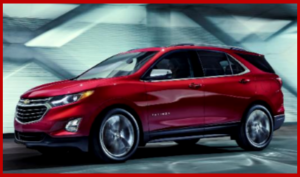 Unifor CAMI workers in Ingersoll, Ontario, are on strike since late Sunday evening after both parties failed to reach a new collective bargaining agreement – the first strike at a GM facility since 1996. At issue is the ceasing of production of Chevrolet Equinox and Equinox Shuttle crossovers. The old Equinox ceased production in January of this year. Subsequent negotiations resulted in a GM investment of C800 million in the plant – but 405 jobs were still lost.  CAMI is owned by General Motors, but it was a a joint venture with Suzuki. Its workers are not covered by the union agreement that Unifor reached with G.M. last year covering its other Canadian plants.

The strike began 17 September, but negotiations have resumed as of Monday. However, Unifor on Monday outlined its NAFTA priorities with the U.S. and Mexican governments, in an open letter to United States Trade Representative Robert Lighthizer, and in a meeting with Mexico’s Ambassador to Canada Dionisio Pérez Jácome Friscione.

“NAFTA is a non-starter without trilateral commitment and compliance to higher labor standards,” said Unifor National President Jerry Dias. “Today we clearly stated our concerns to both countries and stressed the needs of all working people.”

The union’s open letter to USTR Lighthizer stated in part “No amount of signaling, or posturing, will serve a purpose unless the terms of the deal deliver meaningful, demonstrable and enforceable provisions to improve work standards throughout the continent.”

Unifor head Jerry Dias said: “I express my deep concern that the anticipated U.S. proposals on labor standards will closely mirror the language adopted in the now defunct Trans-Pacific Partnership – language designed in accordance with template U.S. Congress trade policy and contained in the ‘May 10th Agreement.’ I fear that this TPP language has major limitations. And it does not provide the fundamental change in NAFTA that many in Canada, the U.S. and Mexico desire.”

Dias went on to say, “The TPP, for instance, excludes any specific reference to the eight core International Labor Organization conventions – foundational conventions that set a floor for labor standards throughout the world. Further, the TPP language only serves to enforce – not enhance – existing domestic labor standards, which are often insufficient, and in breach of international work standards.

“The TPP is entirely silent on issues of gender equality. It offers no reprieve for workers subjected to violence and intimidation for exercising their rights, and no penalties for governments and employers who breach those rights. It fails to effectively bar trade in goods made with forced or child labor.

“Unfortunately, these examples only scratch the surface. Aside from all that is not contained in the TPP, I am most concerned that – when tested – U.S. trade language is ill-equipped to ensure enforce-ability of the standard it sets. I look no further than the recent decision of the panel appointed under Chapter 20 of the DR-CAFTA, with respect to a U.S.-led complaint on labor rights in Guatemala.”