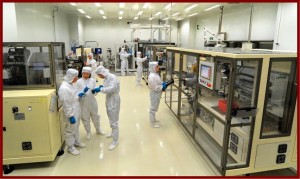 GM’s stated goal is to accelerate the development of batteries with improved energy density, allowing smaller overall system sizes and reducing costs. This, in turn, will help cut costs of plug-in and hybrid vehicles for consumers. Insiders say that GM is already testing new formulations that effectively double the range of an electric vehicle to 200 miles.

GM said that with its developing battery assessment skills, it will be able to independently test and validate advanced materials provided by suppliers, apply new technologies to battery cell design and fabrication by working with cell suppliers, and ultimately integrate batteries into a system for integration in GM’s production lines.

An improved battery is also needed to increase the woeful performance of plug-in hybrids some of which only run a couple of miles on electric power before fossil-fuel burning recharging kicks in. The best hybrid in this respect on the market, the Chevrolet Volt can only go 35 miles on pure electric power.

The Chinese central government has made alternative energy vehicle development a state strategy. As a result, China plans to increase significantly the production of plug-in hybrids, pure battery electric vehicles, and extended-range electric vehicles by 2020. China is of course the largest auto production and consumption market by far.