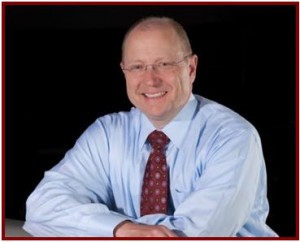 A make or break assignment for Steve Girsky.

General Motors Europe President Karl-Friedrich Stracke, 56, today stepped down from his position to “take on special assignments,” after six months in the position. Stracke, 56, was also Chairman of the Management Board of Adam Opel, in charge of all Opel/Vauxhall operations at the loss-making subsidiary. He will report to GM Chairman and CEO Dan Akerson.

GM Vice Chairman Steve Girsky, currently the Chairman of the Opel Supervisory Board, will serve as acting head of GM’s European operations as the company searches for a replacement. Girsky convinced an apparently reluctant GM Board of Directors to withdraw its offer to sell Opel in November of 2009 as GM was recovering from bankruptcy.

Insiders say that Akerson has told Girsky that it is time to show that Opel can be saved. For an ambitious Girsky – who wants to head GM some day – this is a make or break appointment on the GM journey, a road strewn with road kill comprised of former senior GM executives.

Opel has been losing money at it European Opel/Vauxhall division for more than a decade – $700 million in 2011 alone, $14 billion in the last dozen years. The European vehicle market is heading for its fifth straight year of declining sales.

Stracke led the latest unsuccessful effort to put Opel/Vauxhall on a path toward sustained profitability amid a growing European economic downturn. The Opel Supervisory Board had just approved the latest Opel revival plan; one that isn’t apparently aggressive enough in the eyes of top GM management in the U.S.

In a statement, GM said the Opel Supervisory Board would soon appoint an interim chairman of the management board.

With the undertaking of a GM alliance with PSA earlier this year, Opel’s future at GM remains cloudy. Opel was the lead at GM engineering for both small and mid-size cars. All Stephen Girsky, GM vice chairman, said during a media call on PSA in February was that under the governance structure with 4 senior representatives from each partner (GM and PSA) Opel would have “influence” on the alliance.

Opel’s latest plan developed under Stracke is to consolidate production of the compact Astra – briefly sold unsuccessfully (and ominously?) in the U.S. as a Saturn at that now dead brand – in two, three-shift plants instead of the three it is made in now. There was also the hint that labor costs will have to decline, not unlike the UAW pay cuts in the U.S. and Canada imposed during the GM bankruptcy by the Obama Administration.

Opel/Vauxhall is now planning to invest more than €300 million in the two future Astra plants, which means one of the three now making it – Rüsselsheim, Ellesmere Port in the U.K. and a Polish plant in Gliwice – will lose a high volume model. If replacement product is not put into the losing plant, then inevitably it will close. Thoughts of exporting more Opels out of Europe are clearly a losing strategy, as Chevrolet not Opel is now GM’s anointed global brand.

There remains the unstated GM goal for containing or – what is really needed – reducing labor costs at all European plants – there are 11 final assembly and component plants in total – and white-collar work sites under the next contract in 2015.

Worrisome for GM shareholders, including the U.S. taxpayers who still own 32% of the world’s largest, but only marginally profitable, automaker after a $50 billion bailout, Stracke recently told employees that Opel would stay with existing labor agreements through 2014. With the European auto market headed for its fifth straight year of sales declines and with no upturn predicted for years, it is impossible to see how Opel will cease being a drag on GM earnings, and an impediment to GM resuming its stock dividend. GM stock is currently trading near its all-time low under $20 a share. It is also difficult to see that without bold action now, how the losses will not continue to grow.

When GM reported weak earnings for Q1, as usual GM Europe lost money. GME reported an EBIT-adjusted loss of $300 million compared with break-even results in the first quarter of 2011. “Europe remains a work in progress,” said Akerson at the time. The company also took an impairment charge in Europe and International Operations that reduced net income by $600 million.

The unanswered questions are when will this end, and what is the end game for Opel?