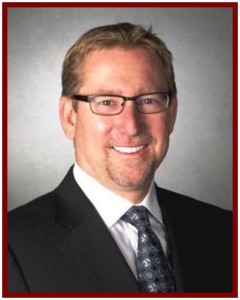 A surprising move from GM Chairman Daniel Akerson, whose company is under performing.

In an unusual Sunday statement, General Motors tersely said yesterday that Global Chief Marketing Officer Joel Ewanick resigned, effective immediately. The resignation comes just days before GM will release Q2 financial results, which will be negatively impacted by product launch and marketing costs, as well as the ongoing struggles of Opel, which is mired in the Eurozone crisis.

In the slowly recovering U.S. auto market, GM is falling behind this year, raising questions about the appeal of its surviving brands, and GM’s ability to sell them without heavy incentives.

In June, sales of new cars and light trucks increased 22% from the same period a year ago, as the auto industry delivered almost 1.3 million vehicles for the month. However, GM only grew 16%.

Ewanick’s troubles apparently began when he spread the cost of  the new Manchester United football advertising deal over several budgets to avoid spending limits at Chevrolet. Word is Akerson was outraged and forced his resignation even though the exact same promotion in the U.S. –  Baseball, hot dogs, apple pie… – is one of Chevrolet’s best.  The Chevy Bow Tie brand, of course, has long been associated with baseball so even though the ad is a retread, it’s a sound one. Chevy kicked off what has thus far been a disastrous 2012 Detroit Tiger’s season with advertisements featuring two multimillionaire Detroit baseball stars. (See New Chevrolet Ads with Verlander, Fielder for 2012 Season and Now it’s Football, Bangers, Mince Pie and Chevrolet)

When Ewanick was hired by GM, a statement said, “He will ensure consistent global messaging for all brands including Buick, Cadillac, Chevrolet, GMC, Holden, Opel and Vauxhall. Ewanick will provide oversight for global brand enhancements in the markets in which they are sold and work in association with the regional presidents in countries where GM has partnerships and joint ventures.”

Alan Batey, vice president, U.S. Sales and Service, will assume the role of global chief marketing officer on an interim basis. It’s not clear if any sane outside person would take the job given the GM culture that resists or perhaps really is close to change proof. This appears to be the most consistent global messaging. Therefore a long search is likely ahead at a time when GM is under-performing the market.

A GM spokesperson when asked about the unusal timing, said the release was issued “as soon as Joel elected to resign.” He also said that no-long term details on his position or a potential search are available, adding, “We’re fortunate to have a deep bench and a leader of Alan’s caliber to step in and keep things moving.” (As if GM lifer Alan had a choice.)