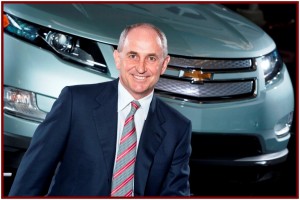 “Our forgoing government loans will not slow our aggressive plans to bring more new vehicles and technologies to the market."

General Motors today announced it is withdrawing its $14.4 billion application for direct loans from the U.S. Department of Energy (DOE) that it submitted in October of 2009 after it had emerged from bankruptcy.

The so called Advanced Technology Vehicles Manufacturing Loan Program (Section 136 of the Energy Independence and Security Act that was passed in December 2007) authorized $25 billion in direct DOE loans to companies toward retooling U.S. factories to make vehicles and components that improve fuel economy.

Direct competitors Ford Motor and Nissan, among other companies, have accepted the subsidized loans. U.S. taxpayers still own one-third of GM after a $23.1 billion Initial Public Offering of stock last November.

“This decision is based on our confidence in GM’s overall progress and strong, global business performance,” said Chris Liddell, GM vice chairman and chief financial officer. “Withdrawing our DOE loan application is consistent with our goal to carry minimal debt on our balance sheet.”

For the first nine months of 2010, GM generated $4.2 billion in net income attributable to common stockholders – a trend that analysts expect to continue as the global auto markets slowly recover.

“Our forgoing government loans will not slow our aggressive plans to bring more new vehicles and technologies to the market as quickly as we can,” said Liddell.

The U.S. Congress appropriated funding for the DOE loan program in the fall of 2008 at a time when the auto industry was seeking to maintain its product and technology programs while contending with the developing global economic crisis and the collapse of credit markets.