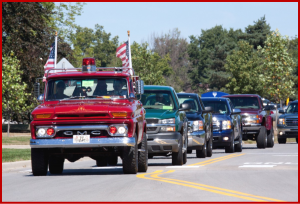 GM pickup trucks at the Truck Homecoming  September 14, 2013, to celebrate the launch of the 2014 Chevrolet Silverado and GMC Sierra pickup trucks in Fort Wayne, Indiana. At least 1,500 GM pickup trucks — old and new — attended the event with a parade, truck show and awards.

General Motors said today that it is spending $1.2 billion in its Fort Wayne pickup plant for new technology that will be used in assembling light- and heavy-duty Chevrolet and GMC trucks. The investments in Fort Wayne are part of the $5.4 billion GM said at the end of April that it would invest in U.S. facilities during the next three years.

Trucks are among GM’s most profitable vehicles. Less expensive fuel prices, low interest rates, and a modest recovery in the U.S. economy have caused a resurgence in truck sales among the Detroit Three after they plummeted in 2008 as the Great Recession took hold.

Ken Zino is an auto industry veteran with global experience in print, broadcast and electronic media. He has auto testing, marketing, public relations and communications expertise garnered while working in Asia, Europe and the U.S.
View all posts by Ken Zino →
This entry was posted in manufacturing and tagged autoinformed, autoinformed.com, Ken Zino. Bookmark the permalink.