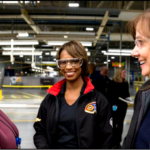 Since 2009, GM has invested more than $600 million into the Lansing Delta Township plant. GM is not disclosing specifics or timing related to the plant’s future products at this time.

The announcement – some would call it tone deaf – came closely followed Sting and cast promoting Unifor’s #SaveOshawaGM campaign. Sting and the cast of his musical, The Last Ship, were in front of thousands of Unifor members and the public for a Valentine’s Day solidarity performance, held in the heart of downtown Oshawa. The legendary musician began with “Message in a Bottle,” and after several numbers from the musical, closed with “Every Breath You Take.” 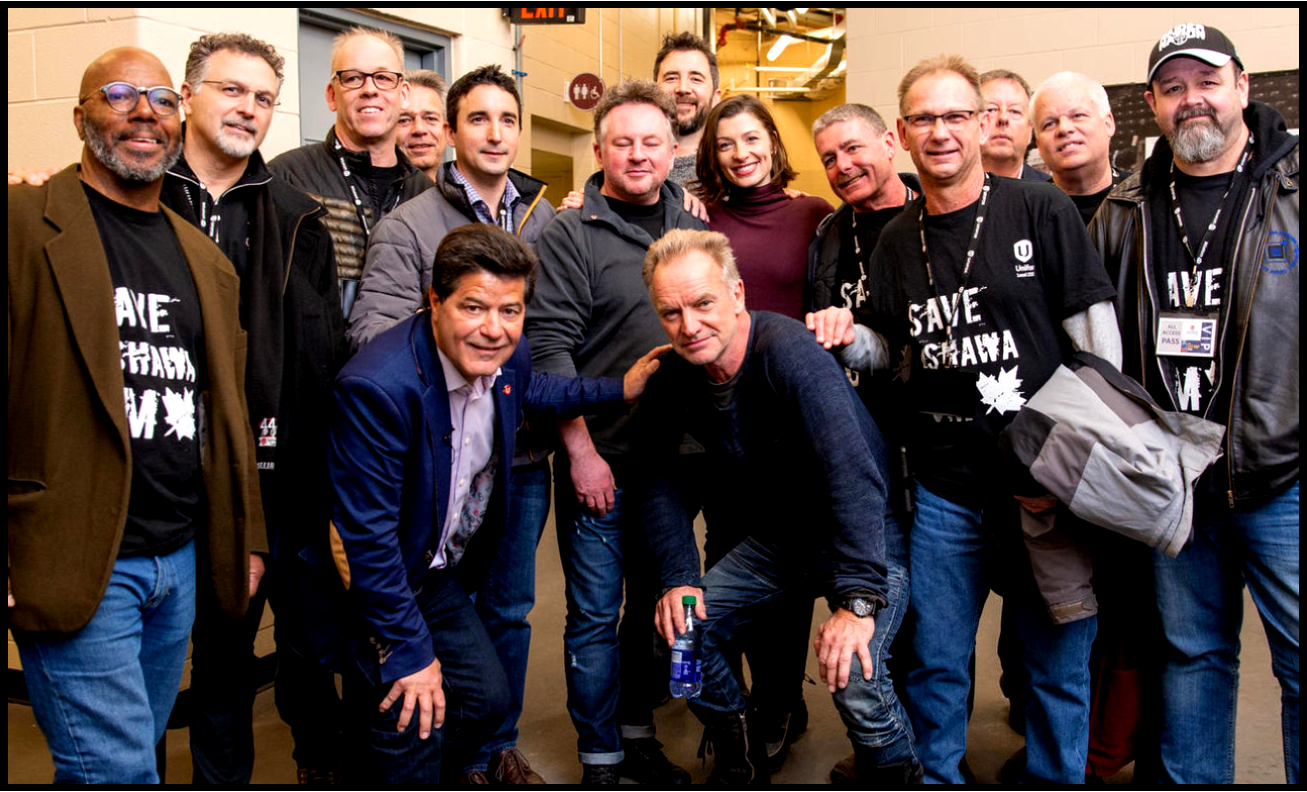 “You have a duty to support the community that’s worked for you. It should be a mutual support system. It’s about loyalty. These workers have loyally given their lives to the company. It’s a two-way street,” Sting (center)  told the crowd as he urged General Motors to do the right thing.

“You have a duty to support the community that’s worked for you. It should be a mutual support system. It’s about loyalty. These workers have loyally given their lives to the company. It’s a two-way street,” Sting told the crowd as he urged General Motors to do the right thing. (Strangely the UAW has been silent on this as well, even though it faces plant closings under the same GM plan,)

The Last Ship, with music and lyrics by Sting, is based on the closure of the shipyard in the musician’s hometown. Playing at Toronto’s Princess of Wales Theatre, tells the empowering story of the worker’s fight against the shutdown.

At a post-performance news conference with Unifor president Jerry Dias, Sting told reporters he could see the anxiety in the faces of autoworkers.

“It’s very evident to us, performing on stage. We could see everyone’s face. I can see the worry on their faces, genuine concern about the future. It was very moving for us to see that close up. It’s not a game, this is real.” (Click here to see Facebook Album)

Meanwhile this morning in Lansing:  “We are proud of the hard work and commitment of the entire Lansing team and the Chevrolet Traverse and Buick Enclave are important products in our growing crossover portfolio,” said GM Chairman and CEO Mary Barra during a visit to the plant to meet with employees and community leaders. Oshawa was unmentioned.

Lansing Delta Township assembly, GM’s newest assembly plant in the United States, has built more than 2 million crossovers since the facility opened in 2006 just before the bankruptcy bailout by U.S.  and Canadian taxpayers. Today, the plant operates two shifts of production and employs approximately 2,600 employees.

Slowly starving the Canadian Auto Industry by sending more-and-more work to Mexican plants who earn $2 an hour seems incredibly unfair to AutoInformed because Canadians contributed $11 billion dollars to GM’s recovery after the 2008  bankruptcy. Slashing high-paying manufacturing jobs is no way to support a middle class in Canada, and a demonstrably poor way to support car payments.

AutoInformed on GM Canada versus Unifor