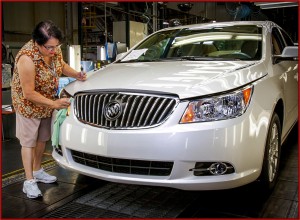 Fairfax is one of GM’s largest U.S. plant investments.

GM announced today a $600-million investment in its Fairfax Assembly and Stamping Plant, including the construction of a new paint shop, and the installation of a new stamping press. The Kansas City plant currently builds Buick LaCrosse and Chevrolet Malibu cars, both of which are not setting sales records with the aging LaCrosse due for an update in about a year. The plant was shut down in December to trim inventories of the Malibu, then at 120 days supply, twice the ideal.

Sadly in the current language of multinational corporations operating in the ailing U.S. economy and its largely jobless recovery, the investment will not create any new jobs but keep 4,000. For this taxpayers of Kansas, according to The Kansas City Star, approved $120 million in revenue bonds last September to subsidize the new paint shop.

“General Motors is one of the largest employers in Kansas and Kansas City and this announcement plays an important role in continuing to grow the economy of Kansas,” said Kansas Governor Sam Brownback, an extreme right wing Republican this morning. 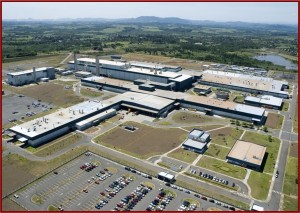 Multinational corporations operate under complex, conflicting and protectionist rules around the world.

Yesterday, GM in Brazil announced that it would add a third shift at the Gravataí Industrial Complex, creating 1,450 new jobs at the assembly plant and another 1,000 at supplier plants located at the facility in the South of Brazil. Another 180 jobs will be created in a new powertrain plant in Joinville. Gravatai is home to the Chevrolet Celta and Onix small cars.

Last September the BMW Group announced plans to build a new auto plant in Brazil, based on the government’s new industrial policy under the so-called “Inovar Auto” legislation just adapted. (Read AutoInformed on BMW to Build a Car Plant in Brazil Prompted By Tough Legislation)

The hard-nosed legislation strictly limits the amount of money that can be counted toward local content, imposes national tariffs of as much as 55% of an imported vehicle’s sales price and requires specific R&D and production investments as a percentage of sales with large tax credits that increase from now until 2017.

It is the latest example of protecting a local auto industry against pillaging by global companies in the view of supporters. Critics counter that consumers will pay higher prices. There are also other taxes in Brazil for imports – a 30% import tax, and a State commercial tax of 18%.

In 2009 as it emerged from bankruptcy, GM announced a $3 billion investment in Brazil. The plan was consolidated last year to develop and launch new Chevrolet products. As part of the plan, GM invested $1 billion in the Onix project to develop a new small car family and to expand capacity from 230,000 to 380,000 vehicles per year at the Gravataí plant.

In the U.S., Fairfax is one of GM’s largest plant investments, and builds on nearly $2 billion invested in during the last decade. Earlier this month, GM announced it would invest $1.5 billion in North American facilities in 2013. This Fairfax investment is a large part of that plan.

Construction at the 3.2-million-square-foot plant begins later this year and is expected to take about two years to complete, increasing the footprint of the plant by about 15% to 3.7 million-square-feet. Vehicle production schedules will be unaffected by the construction, keeping the plant’s three shifts working.

GM’s Fairfax Assembly Plant has a storied history in Kansas City, starting in 1945. The plant has employed several hundred thousand people over nearly 70 years, built some of GM’s best selling vehicles, and, during World War II, was the first industrial facility to make automobiles and fighters in the same building. The current plant opened in 1987. Since beginning production in Kansas City in 1945, more than 12 million GM vehicles have been built at Fairfax.

“This major investment is a vote of confidence in the employees and leadership of this plant and will allow them to continue producing beautiful, world-class vehicles like the Chevrolet Malibu and Buick LaCrosse – with the same quality workmanship that has defined the Fairfax complex for nearly 70 years,” said GM Chairman and CEO Dan Akerson in a rare plant visit.