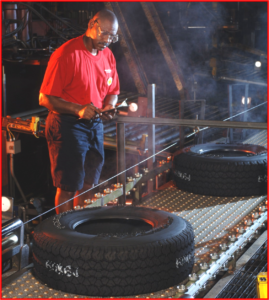 The Goodyear Tire & Rubber Company said today that it is the first tire maker to develop an original equipment all-season tire with the industry standard 3-Peak Mountain Snowflake (3PMSF) designation that also is rated Rolling Resistance “A” in the European Tire Labeling Regulation.*

Scheduled to be publicly released later this year on the Peugeot 2008, 3008, 5008, DS3 Crossback, and DS7 Crossback models, the avanced tire has traction to meet the severe snow 3PMSF requirement while also delivering rolling resistance performance as an A-class tire. This allows  both premium traction and premium fuel efficiency – a benefit from rolling resistance performance.

Goodyear has been working with vehicle manufacturers on this technological breakthrough, with several additional Goodyear fitments for other original equipment manufacturers planned for this year.

Goodyear is one of the world’s largest tire companies. It employs about 63,000 people and manufactures its products in 47 facilities in 21 countries around the world.